The dazzling Dalkey home with a hidden agenda

Even in the era of climate change, there still appears to be something of a split in the world of architects between those who prioritise sustainability, energy efficiency and occupant health, and those who put design and aesthetics first. So it’s refreshing to find that the designer of this contemporary Dublin home put so much attention on insulation, airtightness and indoor air quality — as well as good looks. 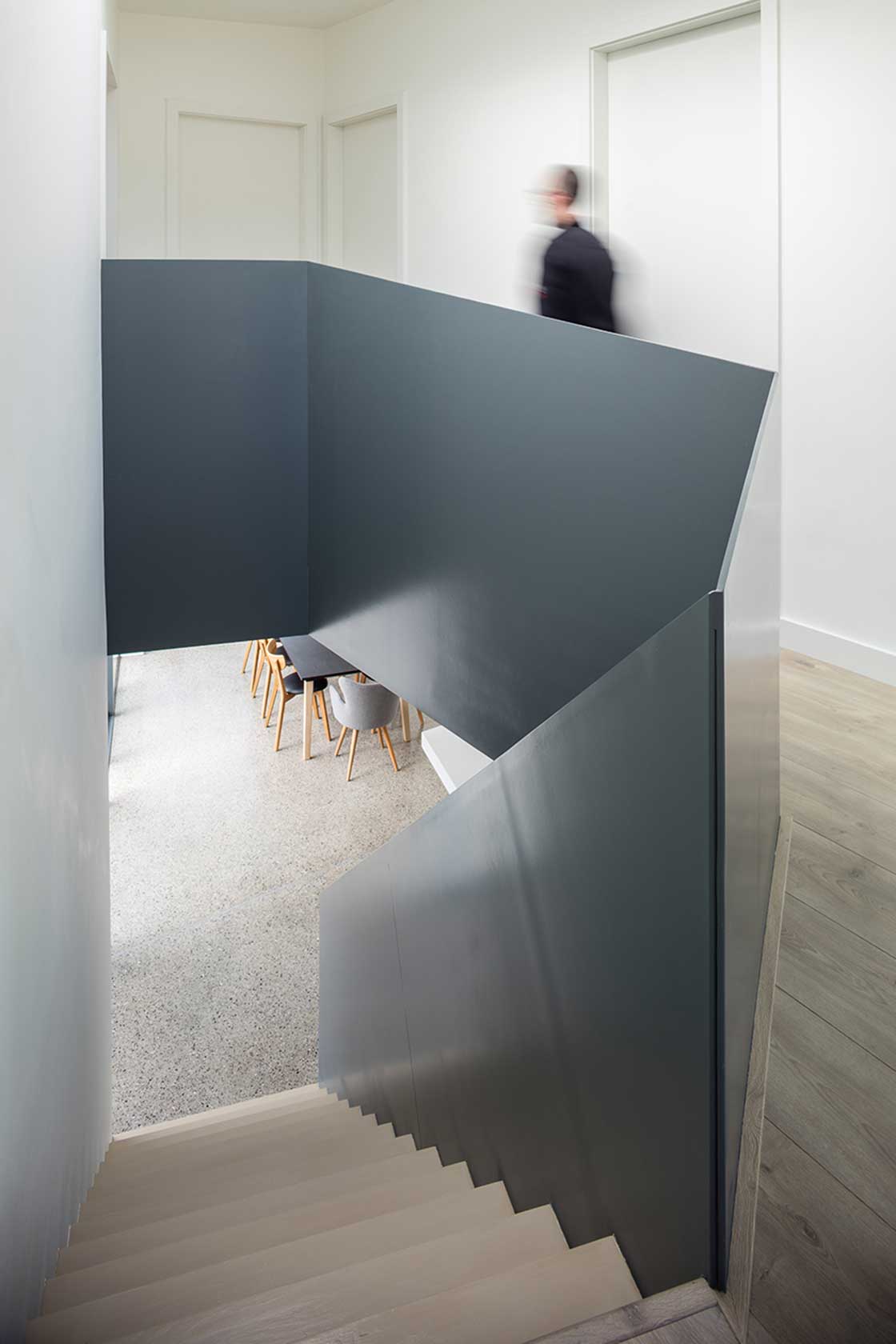 Self-building doesn’t always make a great deal of sense, at least not from an economic point of view. Why go to the trouble of designing a unique house when you can just buy one? Unless, of course, design is the entire point.

This was the case for homeowner Maureen, who has recently moved into her remarkable new home in Dalkey, County Dublin. “The contemporary style is what I wanted, and I always assumed that would be more energy efficient,” she says.

Compared to ageing Georgian or Victorian housing stock — or even some Celtic Tiger homes — this is certainly true, but modern design does not necessarily mean energy efficiency is guaranteed. 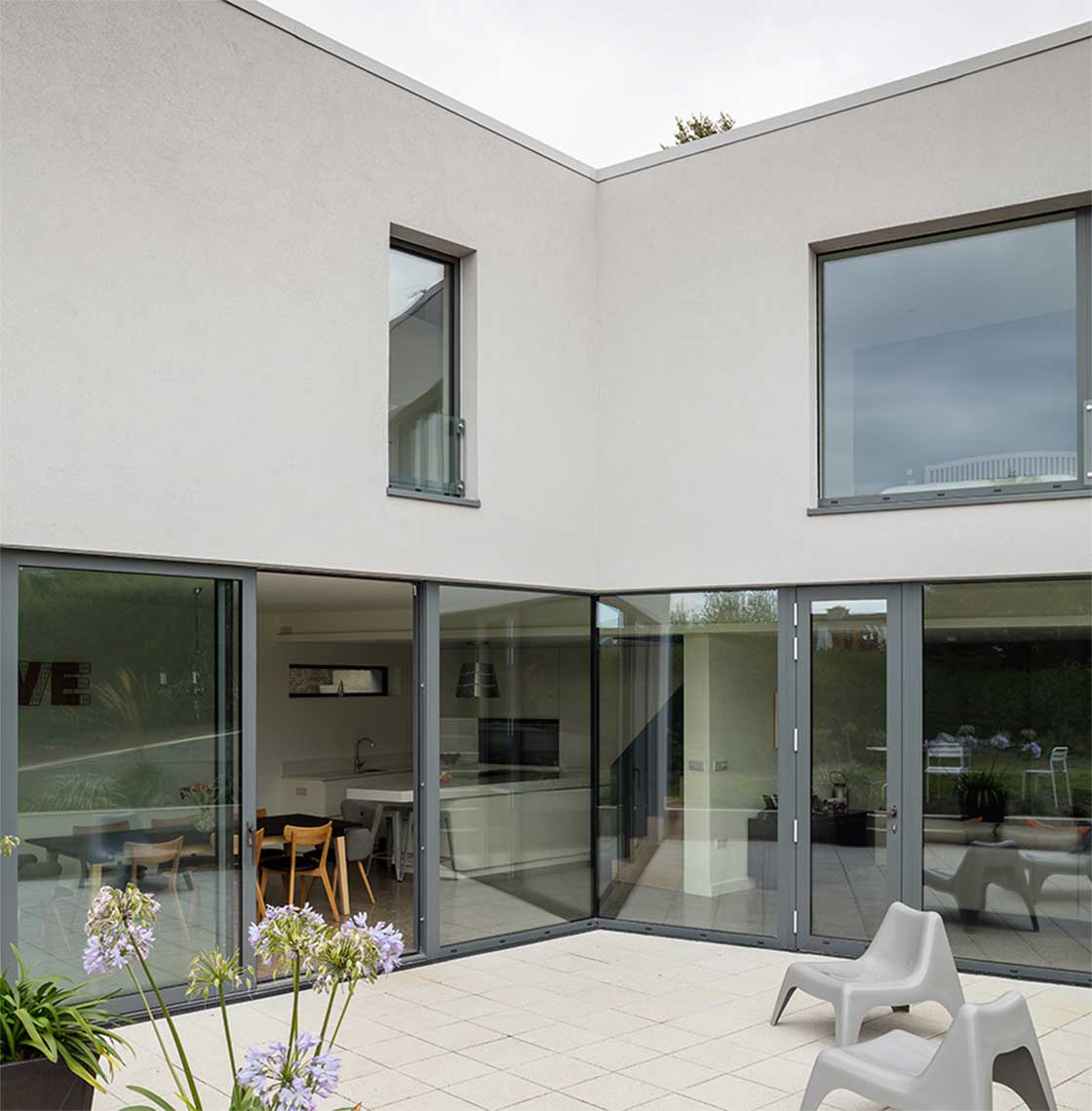 Indeed, it can often be sacrificed in the name of design elements: principally vast expanses of glass, and angles that create thermal bridges.

She says: “I suppose my parents built their own house, and my sister built her own house [too]. Even though I [initially] bought a house, it wasn’t what I wanted. I didn’t want to see myself in a cookie-cutter house. Building a house, you build it to exactly what you need and the architect’s interpretation of your vision.”

In fact, Maureen located the site first, and the house she subsequently commissioned has significant site-specific elements. 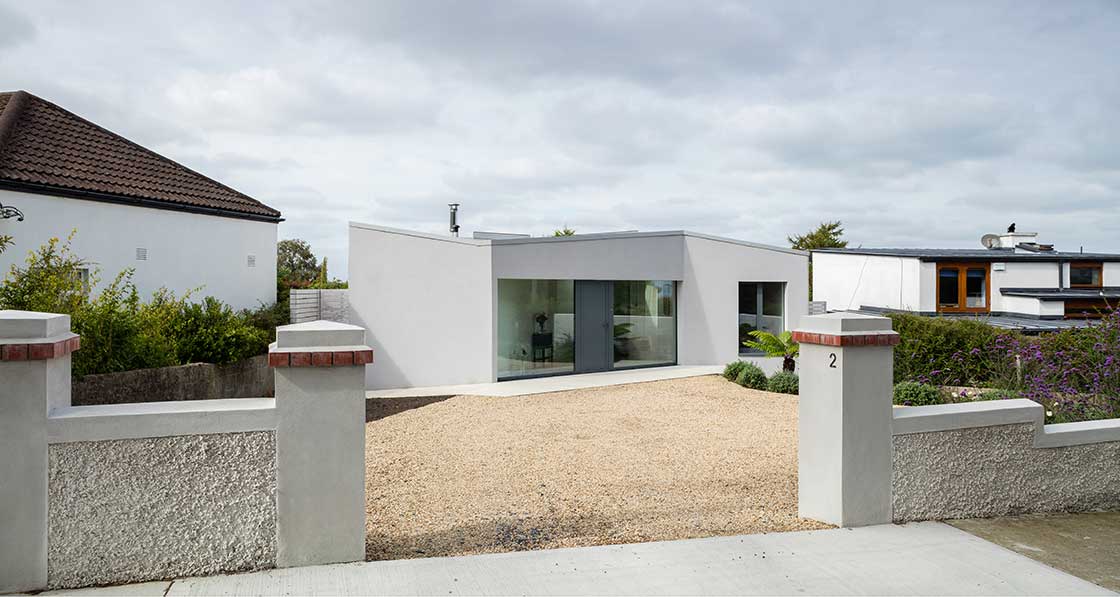 In particular — though it will never be mistaken for a bungalow — it addresses the street as a single-storey building, while at the rear sloping ground allows it drop down to a second storey.

Much like a sympathetic contemporary extension to a more traditional building, then, and while it doesn’t ape the other homes around it, it does take account of the overall streetscape.

“I bought the house for the aspect and the garden,” says Maureen. “I could see the potential in the site. In the original bungalow [that was on the site] you could see there was a lot that could be done, but I wasn’t as conscious that the view was as good as it is.” 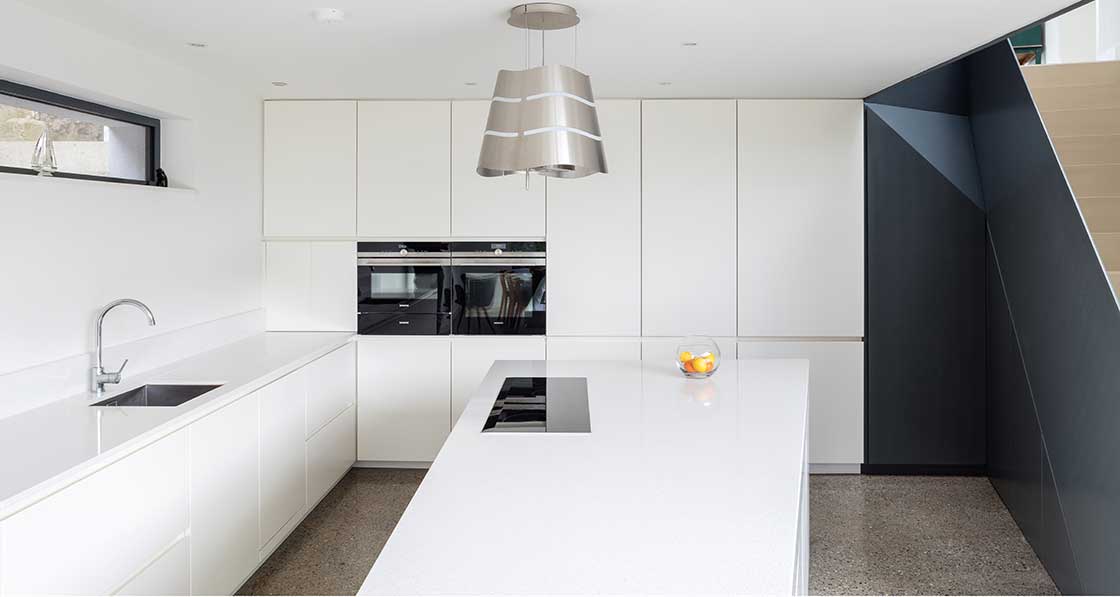 Because of this view from the rear of the house Maureen now feels that the house has a double aspect: a relatively straightforward facade addressing the street in a sympathetic manner, and a more dramatic two floors over the slope at the rear. “I like that what you see isn’t all that you get,” she says.

Diarmaid Brophy started as project architect with Sterrin O’Shea Architects, but took over full responsibility for the build when Sterrin herself relocated to Britain. Though possible, a refurb of the original bungalow was never really on the cards.

“Ultimately, Maureen wanted a low energy home, and wanted it to be as low energy and low maintenance as possible while still adhering to her aesthetic criteria,” says Brophy.

This article was originally published in issue 24 of Passive House Plus magazine. Want immediate access to all back issues and exclusive extra content? Click here to subscribe for as little as €10, or click here to receive the next issue free of charge

“There was an existing bungalow on-site. It wasn’t occupied [and] it was in a fairly dilapidated state. Dún Laoghaire-Rathdown is quite progressive in terms of energy use [so] we made an argument to demolish it and start from new.

“Aside from the design point-of-view, working with the existing house and all the restraints that that would involve would have incurred a lot more expense,” he says. “Although the energy requirements aren’t quite as strict as when you’re doing new build, it would have been more expensive.”

The decision for a new build made, Brophy set about marrying his client’s desire for a house that encapsulated the modern aesthetic while also being modern from the point of view of energy use. 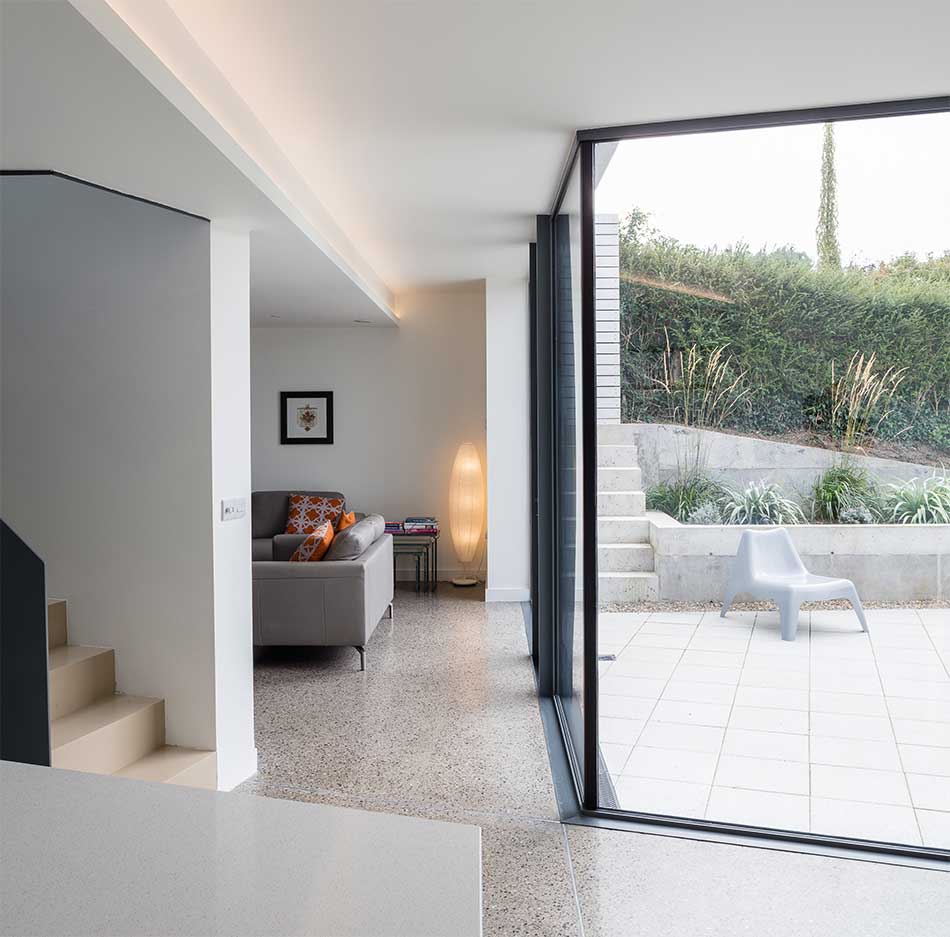 Brophy says: “She knew she wanted a three-bed house, and had ideas of open-plan living and being open to the garden. The site is quite dramatic in that it is on a cul-de-sac, and there’s a fall [at the rear] which is quite steep.

“In terms of keeping something that would fit in with the context [of the street] we kept it single-storey on the front and two-storey at the rear.”

Energy-wise, Brophy went for 180mm of EPS external insulation on the walls, a heavily insulated roof, an emphasis on airtightness, and heat recovery ventilation, along with some solar PV. 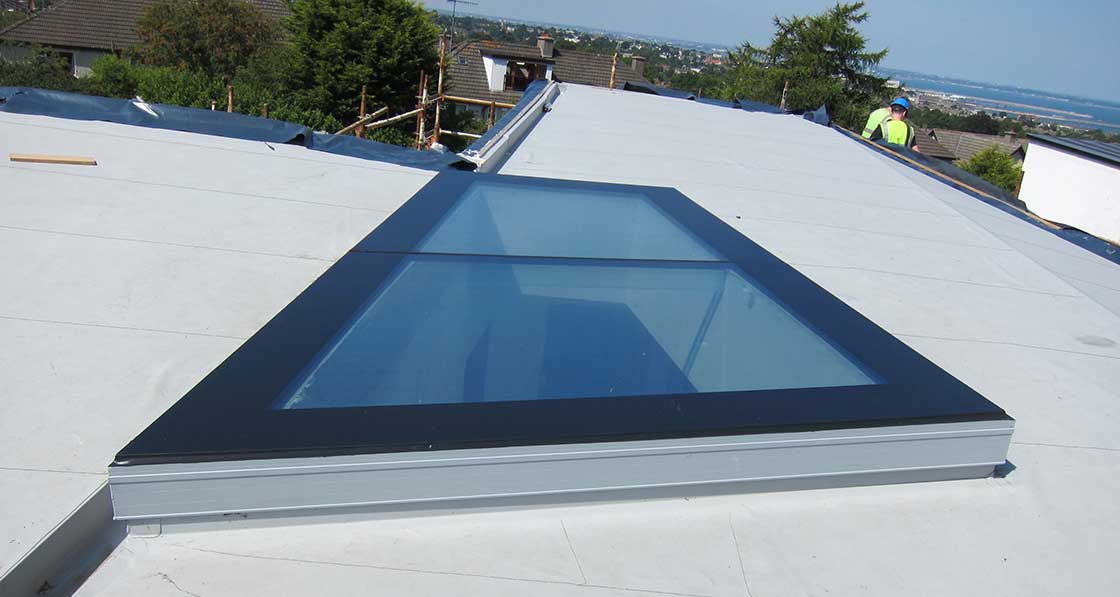 “For me, it’s just the standard now. Clients sometimes need educating, though: they all want an insulated home, but it’s not just about insulation. It’s also about thermal bridging, and bringing airtightness and a ventilation strategy to things,” he says.

Thermal bridges occur where heat or cold transfers across the external surface of a building, such as where a building element — like a joist or steal beam — cuts through the insulation layer. These can be significant points of heat loss.

Achieving this is, he says, a key part of what an architect does these days — not something to be ignored or left to someone else. “For me, good building is about attention to detail.

The house was commended in the house of year (Dublin) category at the 2017 Irish Architecture Awards. 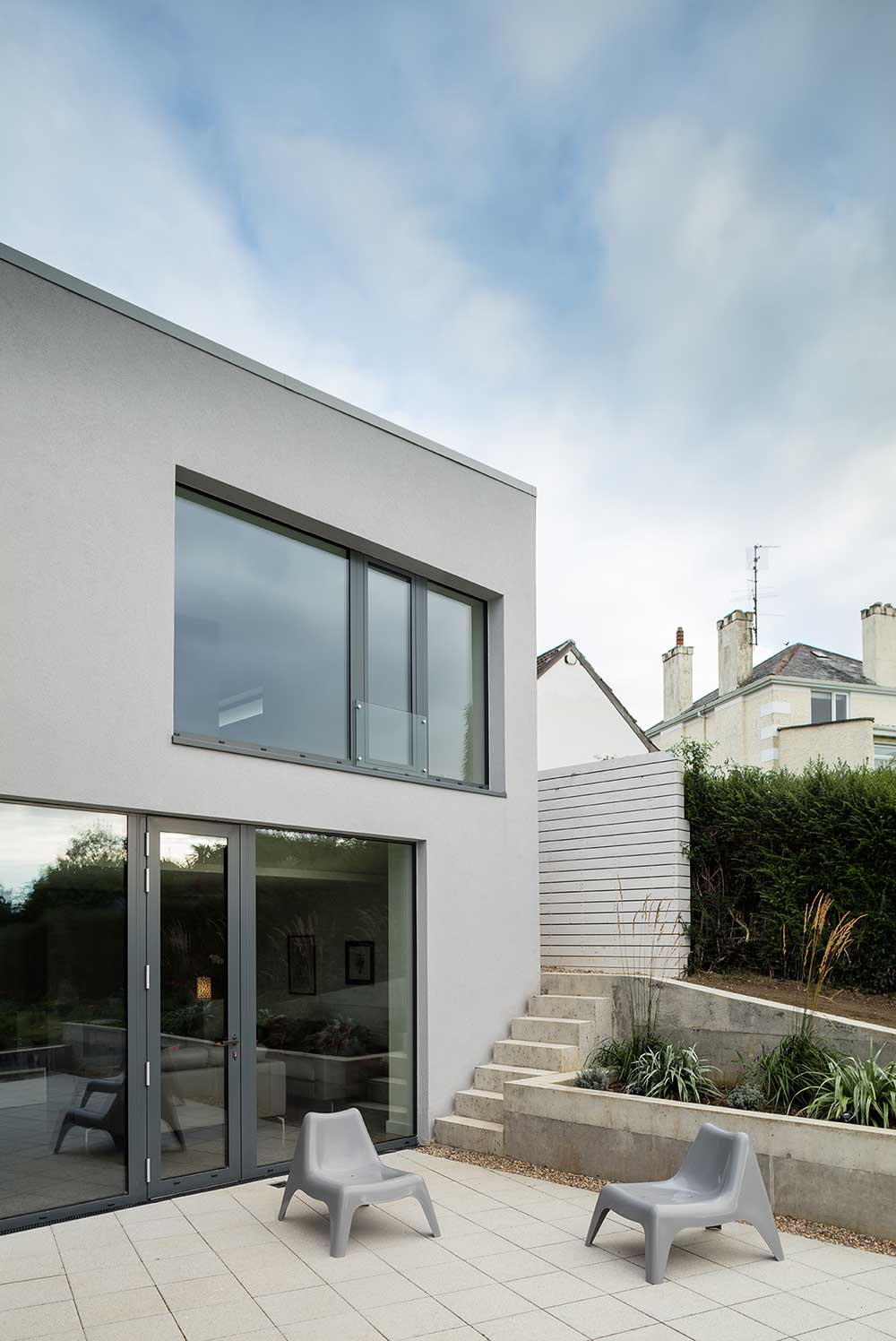 And Maureen now has a house that is not only eye-catching, but with its low-energy building fabric and emphasis on good indoor air quality, delivers something more than meets the eye.

“I remember a friend of mine saying, ‘What are you doing? It’s not a real house!’ she says “Well, I’m so glad it’s not a normal house.” 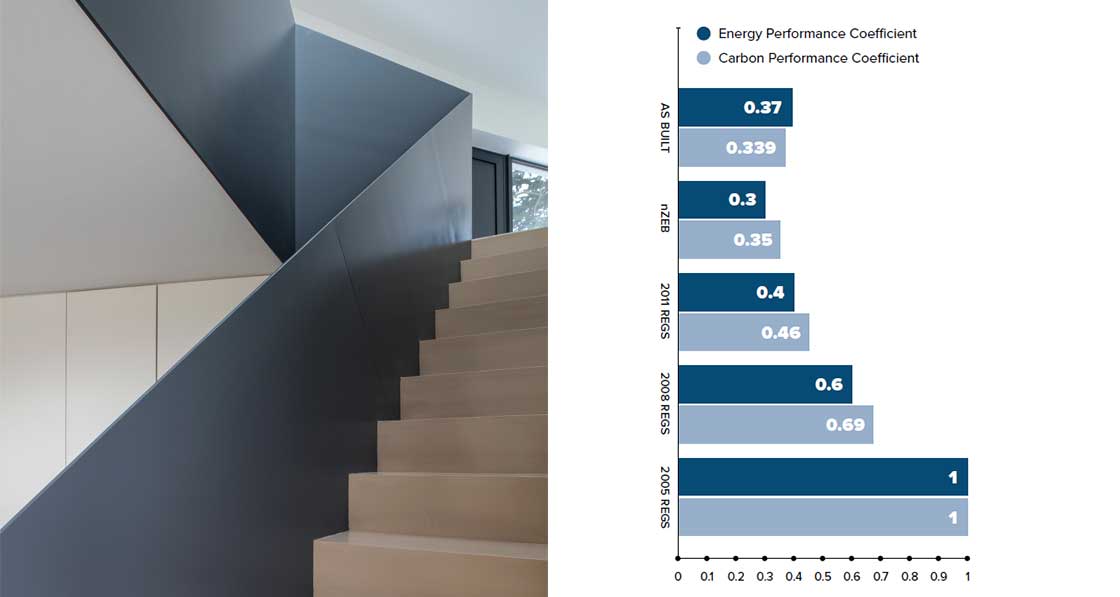 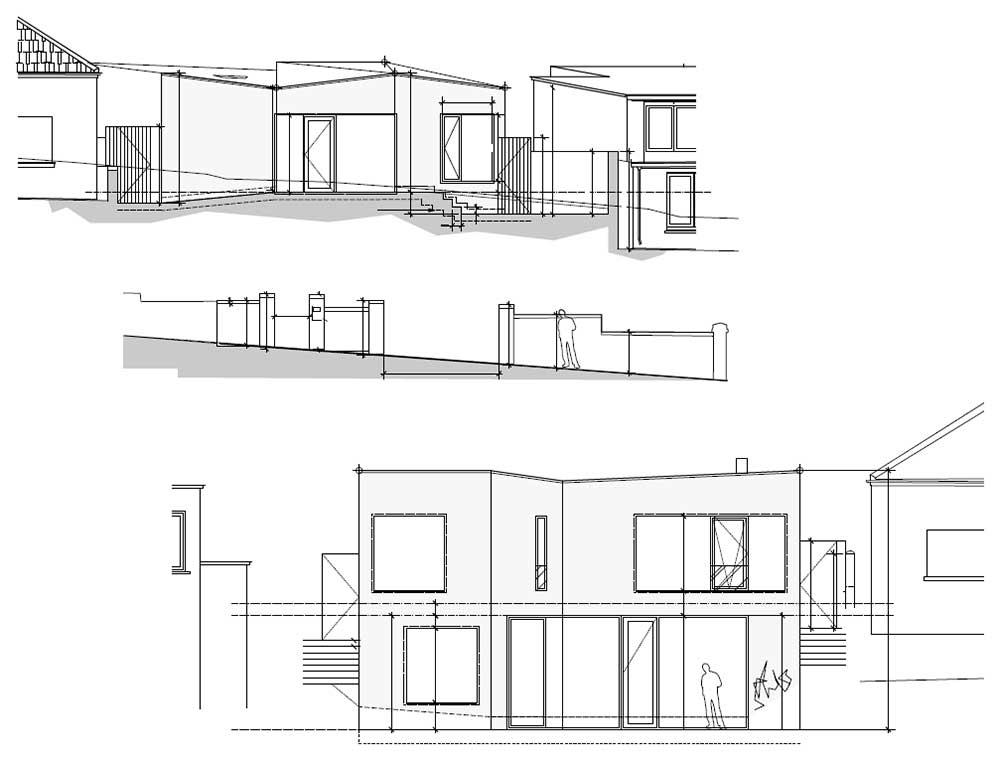