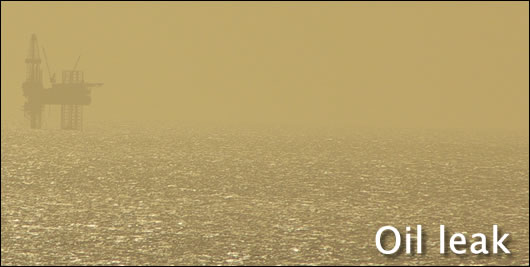 Ireland — along with much of the western world — relies on the International Energy Agency‘s oil production forecasts. But are they reliable?


In its 2010 World Energy Outlook, the International Energy Agency projected that by 2035 the world would be producing 96 million barrels of oil per day (mb/d) — up from 81 million barrels in 2009.1 But the agency also projects that output from currently-producing crude oil fields will collapse to around one third of current levels by 2035.2 So where will the extra oil come from? The IEA offers four sources: fields we have yet to find, fields we’ve found but have yet to develop (or fallow fields), liquefied natural gas, and unconventional sources such as the Canadian tar sands.

Is this realistic? Making accurate oil supply forecasts is practically impossible — they’re affected by everything from geology to economics to global conflict. But the IEA's figures are seen as authoritative. The Department of Energy told Construct Ireland it uses various sources when making long term energy policy, including the Sustainable Energy Authority of Ireland's energy forecasts, the ESRI's economic projections, and data from the energy section of the European Commission and from the IEA.3

But when it comes to oil supply, these four sources aren’t really that different. SEAI use the IEA’s projections for oil price when forecasting Ireland’s energy needs, and the EU uses IEA figures too rather than projecting oil supply or price itself.4 So Ireland seems to rely heavily on the IEA’s numbers.

Over the last decade the IEA has consistently downgraded its forecasts for the daily production of oil in 2030,5 from 121m barrels in 2004, to 114m in 2006, to 104m in 2008 — these were the projections under the agency’s ‘reference scenario’, which presumes governments do not change their policies at the time of publishing. In 2010, the IEA replaced this as its main scenario with a ‘new policies’ scenario, which presumes policies to cut energy use and carbon emissions proceed cautiously. It projected global oil production in 2035 of 96m barrels per days under ‘new policies’, and 104m barrels is the reference scenario. But even these latest figures may be wildly optimistic.

In 2008, a paper published in the journal Energy Policy concluded the IEA’s projections for oil production demand a rate of extraction that is implausible.6 Led by physicist Kjell Akelett of the University Uppsala, the authors showed that the IEA’s projection for yields from fallow fields implies a ‘depletion rate’ — the percentage of remaining reserves produced each year — of over 15%. This is more than twice the maximum depletion rate in the aggressively developed UK North Sea fields, the highest in the world. The Uppsala report said the IEA expects oil "to be extracted at a pace never previously seen without any justification for this assumption."

The group also concluded that meeting the IEA’s projection for yields from undiscovered oil fields would require “an unrealistically high depletion rate never before seen in history.” They described the IEA's approach to forecasting as "predicting future demand and assuming supply will simply keep pace."

Just days before the Uppsala study was published, two IEA whistle blowers accused the agency of underplaying the risk of oil shortages to prevent market panic. A senior IEA official anonymously told the Guardian that the US had encouraged it to downplay the decline of existing reserves, and to inflate the chances of finding new ones. The source said the IEA’s projection for daily production in 2030 is “much higher than can be justified” and that the “IEA knows this”.

A second whistle blower told the Guardian that a key rule in the organisation was "not to anger the Americans". The US consumes more oil than any other IEA member, and thus controls the most votes within the organisation.

The International Energy Agency was established by the Organisation for Economic Co-operation and Development after the oil shocks of 1973 and 1974. It is controlled by oil-consuming, western countries. Critics have long accused it of inflating future prospects for global oil supply. In its 2002 World Energy Outlook, the agency re-iterated the US Geological Survey’s 20007 projection that there were 939 billion barrels of new conventional oil waiting to be discovered. This was the USGS’s mean forecast for conventional oil it expected to be found between 1995 and 2025.

But the figure contained a huge presumption — that on average 31 billion barrels would be found each year from 1995 to 2025. This rate of extraction was last seen in the 1970s, and compares to an average of 14 billion barrels a year over the ten years preceding the USGS study.8 The UK’s Energy Research Centre said hitting this rate again would require “a major turnaround in global exploration success”.


In 2005 the IEA lowered its figure for undiscovered conventional oil to 883bn, then to 880bn in 2006. Each time it offered the USGS 1995-2025 study as its source. Then in 2008, the IEA projected that just 114bn barrels of conventional oil would be found in the 23 years between 2007 and 2030. This is a shorter timeframe to the one covered by USGS study, but the difference between the two figures is still striking. The IEA’s chief economist Fatih Birol warned that "conventional oil supplies are peaking and time is not on our side”.

But then in 2010, the IEA again said 900 billion barrels of conventional oil could still be found. It didn’t mention a timeframe, but again gave the USGS 2000 study as its source. The agency may have been implying the 900bn barrels of conventional oil could be found in total, regardless of time period. But as the USGS study was for the period 1995 to 2025 — and that was the IEA’s source — it’s surely reasonable to presume the same dates apply. Perhaps the IEA was implying that around 900 billion barrels could theoretically be discovered, but that it will only be realistic to produce a fraction of these. It’s difficult to say — its World Energy Outlooks are poorly referenced, and often use non-specific language.

Earlier this year, US embassy cables released by Wikileaks show that Sadad al-Husseini, a former head of exploration at Saudi state oil company Aramco, allegedly told US diplomats it would be extremely challenging for the Saudis to sustain production of even 12m barrels a day. The IEA’s 2010 World Energy Outlook had projected Saudi output rising to 14.6m barrels a day in 2035. The cables suggest that the Saudi reserves may have been overstated by as much as 40%. Saudi Arabia is the world’s largest producer of oil. Al-Husseini denied the reports.

Critics also accuse the IEA of ignoring energy return on investment — or EROI — in its projections, a term coined by Charles Hall, professor of environmental science and forestry at the State University of New York (SUNY). EROI simply means the amount of energy it takes to get energy — in this case the number of barrels of oil it takes to get one barrel out of the ground.

In the USA, EROI plummeted from more than 100:1 to in the 1930s to between 11 and 18:1 in 2005.9 The EROI of unconventional sources such tar sands and shale oil is probably less than five to one.10 Globally, one estimate suggests EROI fell from 35:1 in 1999 to 18:1 in 2006.11 This essentially means that global supplies of oil available to do economic work are much less than gross reserves, and seem to be falling all the time. Charles Hall gave Construct Ireland an educated guess, suggesting that there might be an EROI of between 10:1 and 5:1 on developing all the oil that is left. 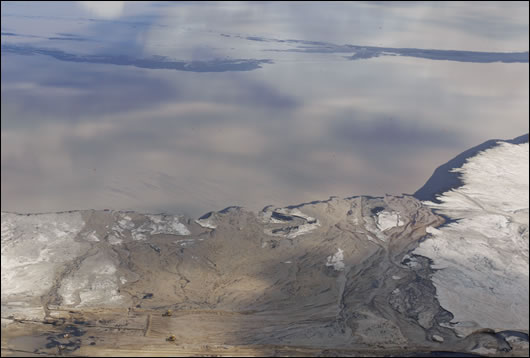 The Canadian tar sands industry is centred in Alberta; the tar sands are estimated to have an energy return on investment of less than 5:1


IEA chief economist Fatih Birol gave a press conference in Dublin in November 2008 to launch that year’s WEO report. Construct Ireland editor Jeff Colley asked Dr Birol if the IEA’s projections took into account energy return on investment. When Birol replied that they didn’t, Colley asked whether we could assume that – in line with Charles Hall’s estimates – there might be 10 or 20% less oil available than the WEO projected. Birol said that the IEA’s projections were estimates and that other people might make different assumptions.

The IEA has also been accused of consistently underestimating the potential contribution of renewable energy. In a January 2009 report Energy Watch, a group of scientists and green-minded politicians, accused the IEA of showing “ignorance and contempt” towards wind energy while promoting fossil fuels.12

In 2002, the IEA had said global electricity generation from wind would reach 104GW by 2020, but this figure was surpassed in the summer of 2008. In 1998, the agency had predicted wind power would hit 47.4GW in 2002, but this was exceeded in 2004. Energy Watch suggested that the IEA had underestimated renewables within a “structure of intent.”

But Fatih Birol has said the IEA’s World Energy Outlooks have been misrepresented. He stressed that the IEA’s ‘reference’ scenarios are projections of what will happen if current policy remains unaltered — if policy changes after any report, the reference scenario will diverge from reality. Birol said that it’s “ethically wrong to say that we’re pushing for the reference scenario.” The IEA’s ‘alternative’ scenarios examine what will happen if governments start to aggressively wean off fossil fuels. But as an online blog post by the prestigious journal Nature pointed out, even these scenarios tend to underestimate the growth of wind  power.13 Energy Watch Group still maintains that the IEA exhibits “unfounded pessimism” towards wind energy.14 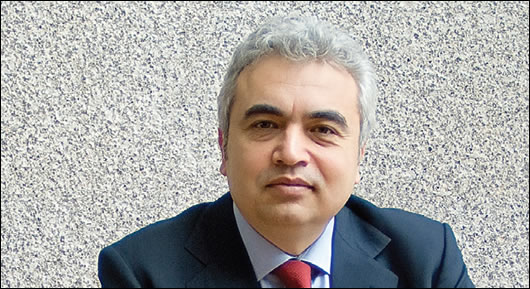 Fatih Birol, chief economist of the IEA, said in 2008 that “conventional oil supplies are peaking and time is not on our side”


Construct Ireland put a set of questions to the IEA ten days before going to press. The IEA said that it may be unable to comment. A second set of questions was sent closer to the deadline. The IEA is yet to reply to either set of questions as Construct Ireland goes to press. But it has consistently defended its projections in the past. It has said that peak oil critics have wrongly questioned the agency’s figures in the past, and that claims of its numbers being subject to political influence are “groundless”. It says that its World Energy Outlook figures are checked by over 200 independent experts.