With social housing tenants let down by substandard energy efficiency requirements under UK building regulations, some switched-on housing associations are taking matters into their own hands and building to the passive house standard. Broadland’s first certified passive scheme in Norfolk is a significant step on one association’s journey towards social housing fit for the 21st century.

We tend to think the worst examples of social housing — decaying tower blocks, huge isolated estates — are from the past. But just how good is the social housing we’re building today?

Energy consultant Andrew Fisher says because budgets for social housing projects are typically low, corners are often cut. "Typically social housing is deemed to be 'house bashing' with little need [for] skill and finesse," he says.

"It typically seems to be done at such a low cost — because there's very little money — that quality slips.” This means the cheapest materials are chosen, and the price paid to subcontractors is pushed down.

Fisher played a big role in the construction of a four-unit passive social housing development in the village of Fulmodeston, Norfolk, in his previous role as sustainability manager at contractor Lovell. He has since left to start his own consultancy, AMF Consulting. 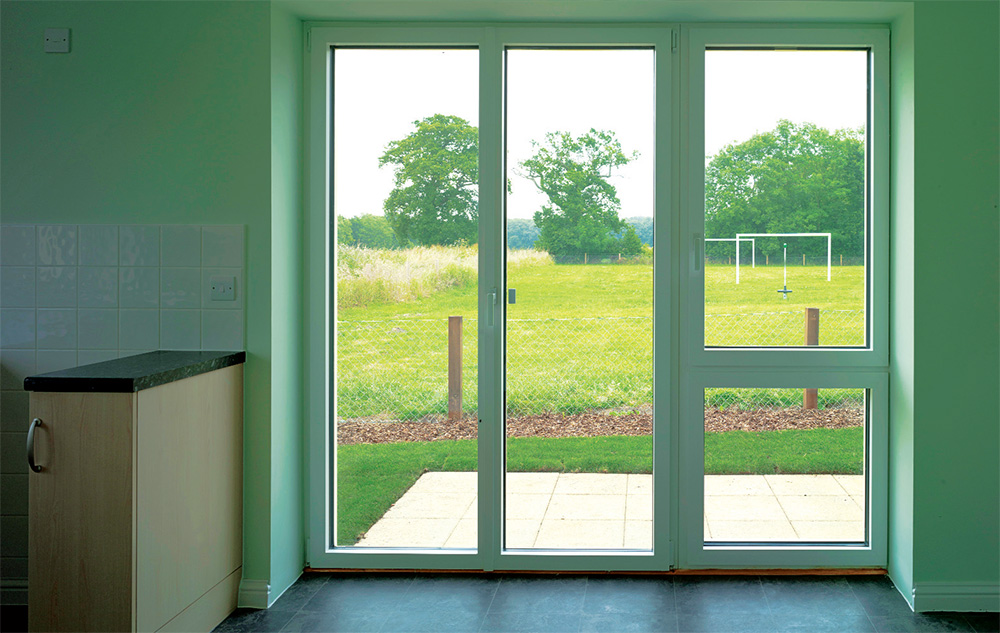 He says that passive house, “forces trades to do the job correctly, and this was evident at Fulmodeston by the result.”

The scheme was developed by the Broadland Housing Group, who were gifted the site by local landowner Lord Hastings. North Norfolk suffers from high levels of fuel poverty due to the lack of a gas network, old housing stock, and low incomes.

Broadland's head of development Ed Mumford- Smith says that before Fulmodeston, the group had built schemes to levels three and four of the Code for Sustainable Homes with mixed results. The more successful projects tended to be those with a ‘fabric first’ approach that focused on insulation rather than bolt-on technologies.

Fulmodeston presented a good opportunity for the association to build its first passive house scheme, ahead of a planned 250 unit passive apartment development on Norwich’s Carrow Road due to commence in 2014. Broadland planned the project alongside a similar development in Barney, the neighbouring village. The latter scheme was designed to get close to — but not quite reach — the passive house standard.

“It was also an experiment to see how those houses [at Barney] performed against passive house standards,” says Ian Bramwell of Mole Architects, who designed both schemes. 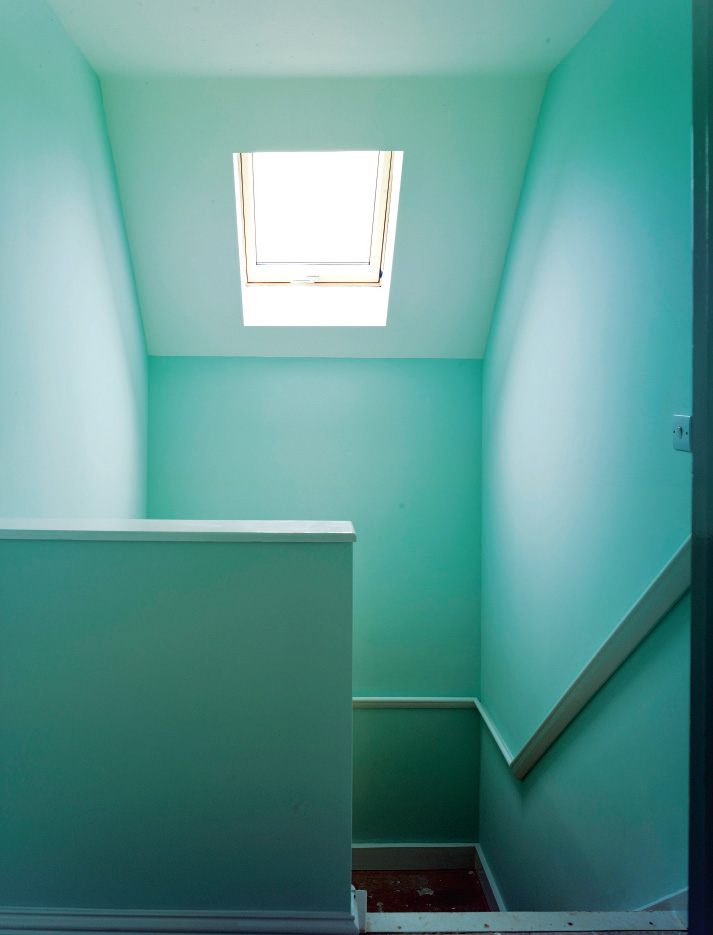 Mole had been approached directly by Lord Hastings, who admired the firm’s work, particularly on their barn-inspired Black House in Cambridgeshire.

The design at Fulmodeston is partially inspired by the village’s existing 1950s social housing. The new scheme’s black roof tiles are also particular to this part of Norfolk.

Having worked extensively in timber frame, this was the natural choice of building material for Mole. The walls at Fulmodeston are insulated with 235mm of polystyrene bead, with an additional insulated service cavity of 45mm.

In the attics there’s 500mm of Knauf Earthwool Loft Roll 40 on the flat between the joists, while in some areas the first floor ceiling is hipped and there’s Knauf’s Rafter Roll 32 between the rafters. Both insulation products were supplied by the Mark Group. The ground floors feature 200mm of Celotex PIR insulation, while the windows are Passive House Institute certified timber-aluminium Internorm HF 300 Edition units, supplied and fitted by Eco- Haus Internorm.

Marmox Thermoblock was used under door thresholds to prevent thermal bridging here. Thermoblock is an insulating, load-bearing block composed of a rigid epoxy-concrete frame integrated with an XPS core.

In the walls and rafters, airtightness is provided by a Pro Clima Intello Plus membrane, which was supplied by Irish company Ecological Building Systems. All four units beat the passive house airtightness standard of 0.6 ACH. 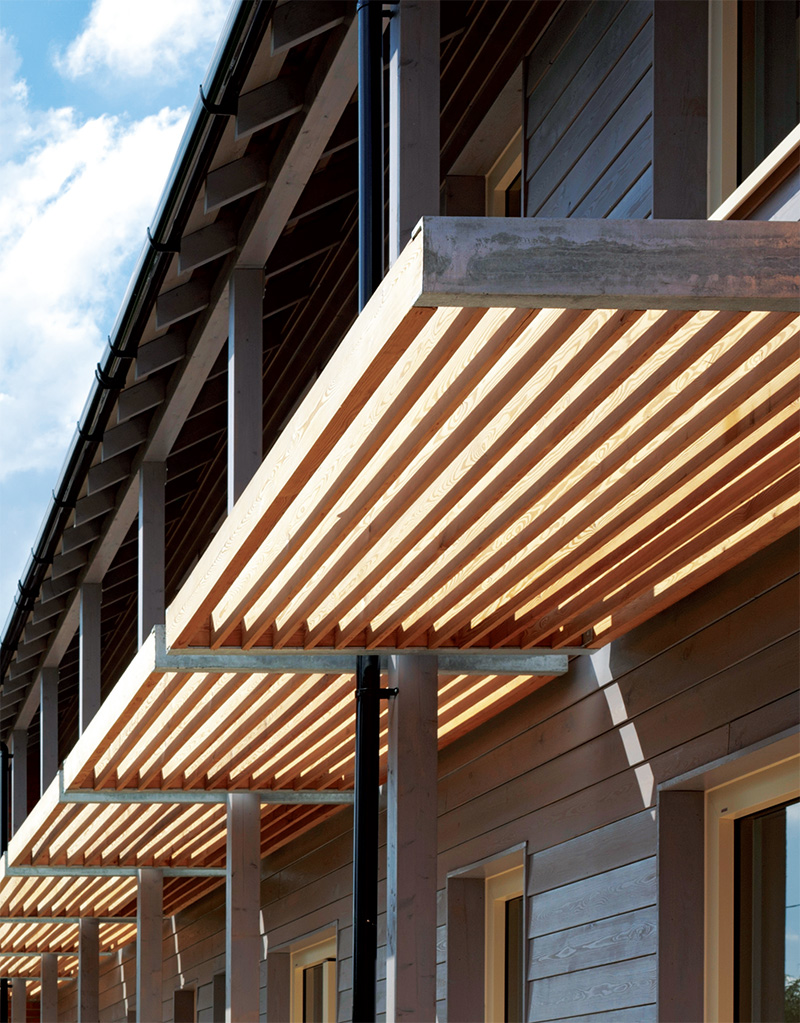 Ed Mumford-Smith says the project involved "a lot of quality control, and a lot of commitment." About 300 inductions were carried out to teach staff the principles of passive house.

Heating, if needed, is provided by a single Dimplex electric storage heater in each house, and a single towel radiator in the bathrooms. "When you look at the passive house building physics, it's about getting the heating demand so low that you don't need a heating system," says Ed Mumford-Smith. But additional fused spur points have been installed so further electric panels can be installed if needed.

“The design team ensured that the design was modelled in detail at a very early stage to ensure that we would have comfort in the heat demand and heat load,” says Andrew Holmes of ALH Design, M&E consultants on the project.

Tenants started moving into the Fulmodeston scheme at the end of July. When Passive House Plus spoke to resident Claire Murdoch in October, she said temperatures inside had been averaging 21C or 22C. “Sometimes it gets a bit cooler if we've been out and there's no appliances on.”

She had yet to use either her electric panel heater or towel radiator. The only real learning curve, she said, is knowing when to turn on the back-up immersion.

"Sometimes the weather isn't as good and we don't have as much hot water, so we've got a back-up immersion. That's the thing I'm still getting my head around at the moment.”

She notices heat traveling around the whole house after cooking or baking far more in her new house. Her electricity bills had averaged £30 a month until October. Overheating hasn't been a problem either. “Even when we had the hot weather, the temperature inside, particularly upstairs, was really cool.” The houses are fitted with brise soleil on the south facade.

Broadland Housing are now monitoring electricity use, as well as internal and external temperatures at both the Fulmodeston and Barney developments. Ed Mumford-Smith says most teething issues usually arise at rural developments where there's no gas network. But this isn't the case with Fulmodeston or Barney. "Usually no news is good news,” he says.

Based on their monitoring so far, Broadland may add one more electric panel heater to one of the units. 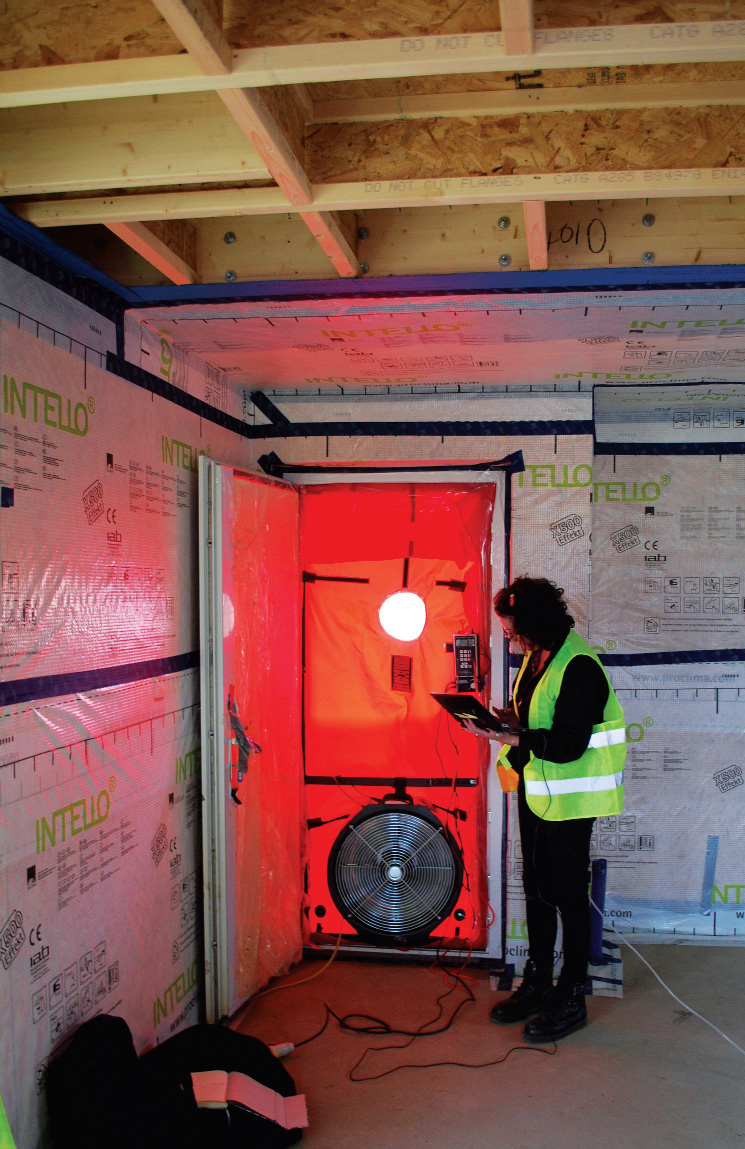 Project architect Ian Bramwell credits Andrew Fisher with the success of the building. “He was on site many days with tape in his hand going around checking for holes. Without Andy, it wouldn’t have met the passive house standard for sure,” Ian says.

Perhaps one reason for Fulmodeston's success is the alternative approach the team took to contracting. Rather than a contractor being chosen through competitive tender, the process was more collaborative: Lovell was chosen for their team and expertise, then a price was negotiated. Lovell separately interviewed its own subcontractors to gauge their ability to deliver the project.

Andrew Fisher reckons this approach is far more suited to the rigorous demands of passive house construction: he says that negotiations must take place early on, before a price has been fixed — everyone must sit down and decide what the project’s goals are and how to achieve them.

“If I was a housing association that's how I would do my business," he says. "I wouldn't put it out to tender."

Passive house doesn't need to be complicated or costly, he says, but clients must be willing to pay the true cost. Equally, subcontractors can't assume that items can be "value engineered" out, or work artificially hastened during the build.

"In my opinion we don't allow our trades enough time to do the job properly," he says. "This is why I think we have the performance gap in the UK."

At Fulmodeston, subcontractors were paid per day rather than an overall fixed price — to make sure they had the time to do their work thoroughly. Naturally, this required tight management on site.

"You need trusted subcontractors, and you need a good site team," Fisher says. "Most people actually want to get on with the work, they don't want to dilly-dally around. We never saw any evidence of time wasting."

“We had a very, very tight budget. We had to think on our feet and box a bit clever.”

Andrew says one of the big challenges for the project was the lack of a local supply chain for passive house. It was hard to find companies willing to spend on R&D at the time, he says — particularly for such a small development.

But he thinks this is changing. “The mindset is now there. The number of housing associations that are specifically requesting passive house has grown.”

“The market is seeing an interest and starting to listen and sit up. It’s interesting and encouraging at the same time.”

Broadland Housing’s Ed Mumford-Smith says that following the experience gained from the group’s first passive house scheme, they’re hoping to do more passive projects in the future, including the Carrow Road development.

"The end goal is about delivering low energy housing that people will want to live in,” he says.

Airtightness (at 50 Pascals): Average of 0.6 air changes per hour