Turning an old Victorian home into a passive house is a painstaking job that would frighten many building professionals. But the team behind this innovative retrofit didn't just end up with a certified passive house, they got one of the lowest energy dwellings in the UK.

Building a new passive house is one thing, but getting a run-down Victorian home to meet the onerous low energy standard is something else entirely. Yet that's just what this ambitious and experimental retrofit in Notting Hill, London achieved.

Research just published in the journal Energy & Buildings found the house consumes 62.5 kWh/m2/yr — less than any other monitored home in the UK, according to the paper's author, Dr Ian Ridley. 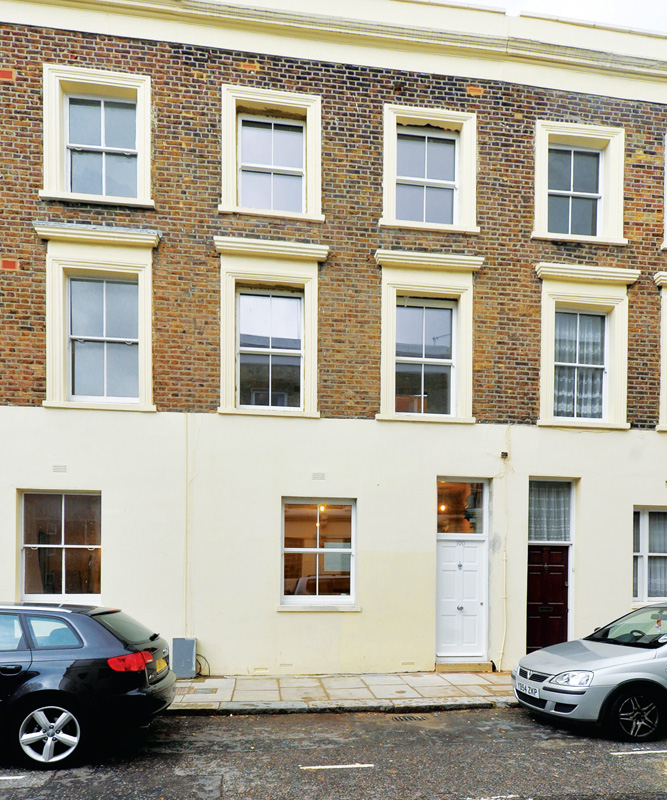 Princedale Road project manager Edward Borgstein says a similar project at Lena Gardens, Hammersmith — another passive house retrofit to an historic building — consumes about half that, though it wasn't included in Ridley's paper.

But regardless, this is a bold and experimental retrofit. Even Passive House Institute founder Prof Wolfgang Feist has called it one of the most advanced projects built to the standard. 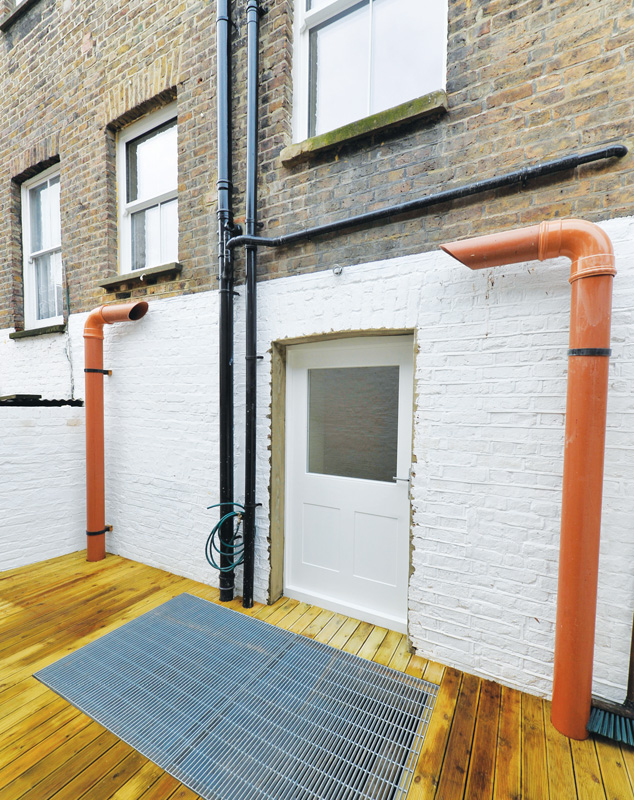 Bringing old buildings up to the passive house standard is a tricky business — the targets for airtightness and thermal bridging are often too demanding. That's why the Passive House Institute has developed Enerphit, its less onerous standard for retrofit.

But Enerphit didn't exist when work started on 100 Princedale Road, so the team had a simple choice: full passive house certification or nothing. Architects and engineers who upgrade historic buildings often take a gentle approach to cutting energy use, but in this case they did the exact opposite.

"We went all out to fulfil the passive house spec without compromising," says Phillip Proffit of Princedale Homes, the main contractor on the project. 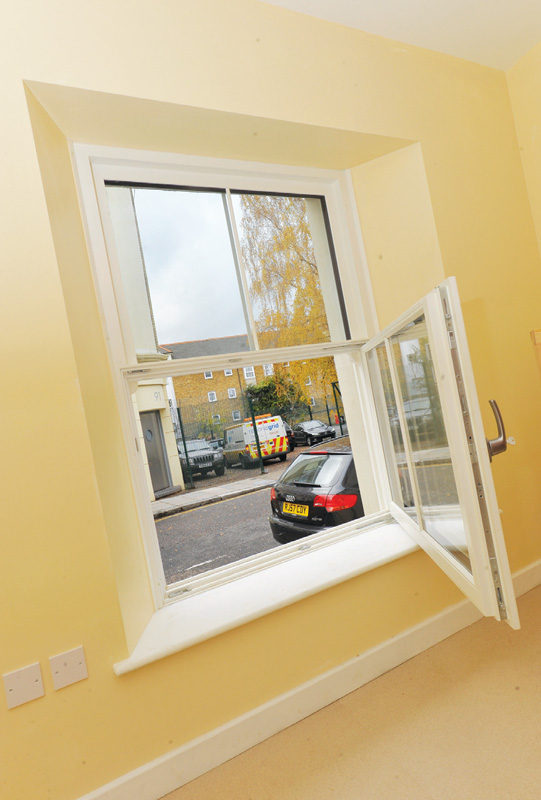 The property is owned by Octavia Housing, a not-for-profit housing agency that says it was founded on the principles of "good housing and mixed communities". Its founder Octavia Hill was a Victorian social reformer who campaigned for better housing for the poor, and for clean air in London.

The project was also awarded £150,000 by Retrofit for the Future, a competition run by the Technology Strategy Board to support innovative upgrades to social housing.

Like any retrofit, the first step here was to insulate the house. But being a protected structure in an architectural conservation area, external  u insulation wasn't an option.

"There was no way anything that changed the external appearance of the house would be allowed," says Edward Borgstein.

His approach to renovating this 150 year old building was to ask: how can we future proof it for another 150 years?

Virtually all passive house retrofits to date have employed external insulation, but the team was forced to break new ground here by insulating the single-layer brick walls internally. They installed 150mm and 50mm layers of vapour impermeable Kingspan Insulation UK Thermawall TW55 PIR insulation with OSB board sandwiched in between. 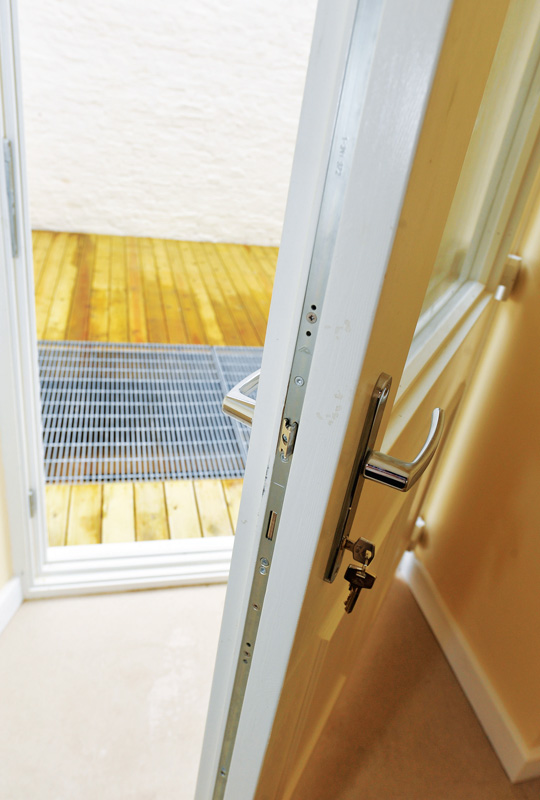 Insulating internally is tricky — if it's done incorrectly it can lead to condensation and mould. While it keeps more heat inside the house it also cools down the external wall, creating a 'dew point' where water vapour can condense to liquid between the new insulation and the old wall.

This makes it even more important that the building is airtight, properly ventilated, and designed with a strategy to deal with any moisture that does accumulate.

"When you're working with internal insulation, you have to think a lot about moisture, especially in old buildings," says Borgstein, a Cambridge-educated building physics engineer. "You have to think about how moisture will migrate through the wall, where moisture will be generated." To make things worse the building's old brick is vapour permeable.

The team installed vapour barriers in the walls and put a small air gap between the insulation and the wall — any moisture that condenses here can trickle down and drain out. "That's important as a second line of defence," Borgstein says.

Passive house certifier Peter Warm points out that because the building is an experimental project, its passive house certification was granted on the basis that moisture levels behind the insulation be monitored for two years after completion.

“The certification was dependent on doing the monitoring,” he says, a decision which was taken after discussions with Wolfgang Feist. “The point is that we can look at it in a year or two’s time and see what’s happening.” Monitoring began late last year, and will continue till the end of next year to see how moisture levels change over two full heating seasons.

Renovating to the passive house standard required the team to rethink all the house's floors too. Previously the joists hung in the external walls, but this wouldn't work in a passive house — it would create a big thermal bridge between the inside and outside, cutting through the insulation. The temperature change here would create a dew point that could lead to condensation and rotting timber. 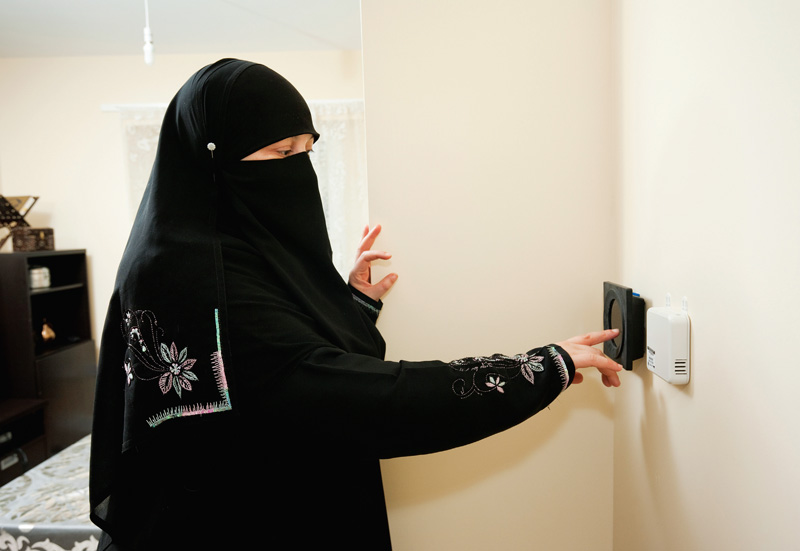 So instead they hung the joists in pockets insulated with Foamglas Perinsul (a thermally insulating block made from recycled glass) on steel beams in the party walls. This means the internal insulation can wrap unbroken around the inside of the house. “The other reason we could certify Princedale is because there were no joist ends,” says Peter Warm.

The team also insulated the party walls with 50mm of Kingspan Thermawall insulation to ensure there's some thermal protection should the neighbouring properties ever be left unoccupied and cold.

Taped and sealed OSB board serves as the main airtightness layer for both the walls and roof, which is insulated with both Kingspan Kooltherm and Therma insulation products.

The passive house standard threw down another big challenge for this Victorian building: how to find a traditional looking window that could meet the requirement for airtight triple-glazing? Typical sash windows with movable sliding panels are notoriously difficult to make airtight, and triple-glazing is usually too heavy to slide. 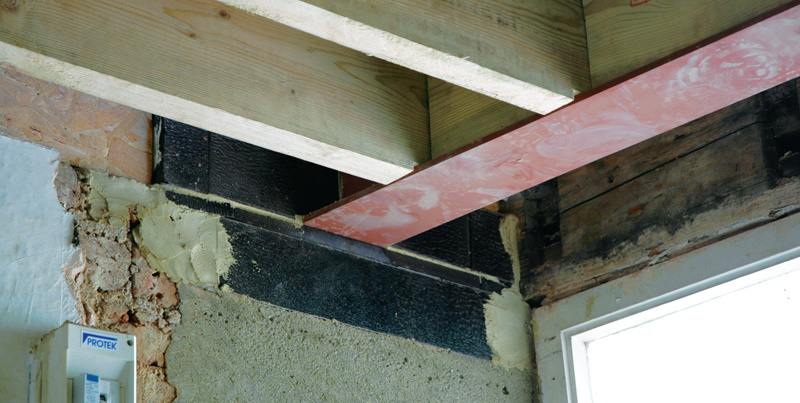 The solution? The team designed a new window from scratch. The new unit perfectly resembles a traditional sliding sash window, but has a fixed top pane and a tilt-and-turn lower pane.

Edward Borgstein says the team went through a "huge product design process" to develop the window, which is completely airtight.

"It's a solution we are trying to commercialise now," he says. "And it's not much more expensive than a high performance double-glazed unit."

The team took other innovative steps to ensure airtightness too, such as putting the letterbox on the outside wall so it wouldn't pierce the airtight layer or insulation.

The essence of a passive house is that it needs little heat to stay comfortable, and Princedale Road is no exception.

The house is heated by a heat recovery ventilation system which uses heat from stale, outgoing air to heat fresh, incoming air. The unit also has a built-in 600w exhaust air heat pump that can recover further heat from outgoing air if needed. Together with a solar thermal system, this provides the house's hot water too.

But before fresh air enters the ventilation system, it passes through a thermal labyrinth in the basement – a network of channels built into the thermally massive floor. Because ground temperature is a fairly constant 12C all year round, it can be used as a ground-to-air heat exchanger to boost the temperature of incoming air in winter, or cool it down in summer. 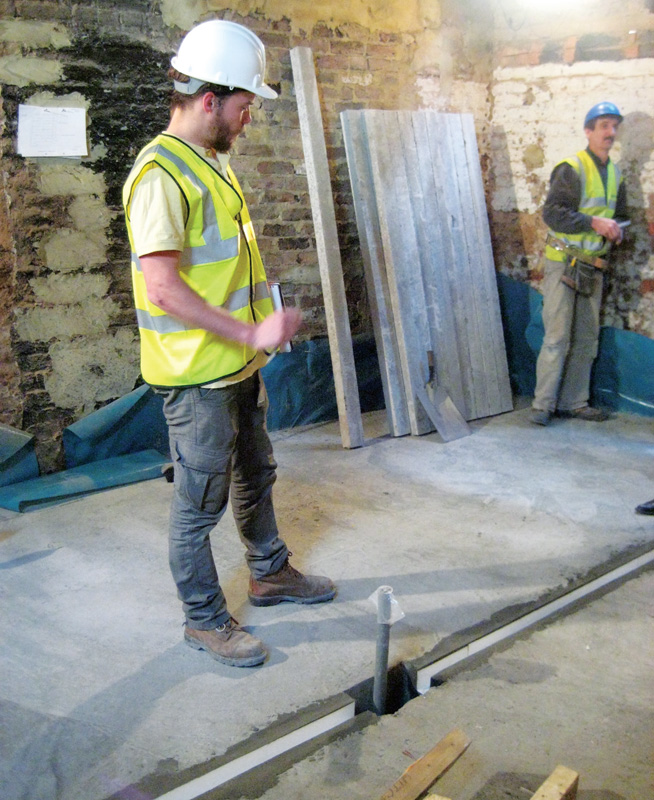 The team reconfigured the house's layout too: they raised the ground floor to create a more spacious basement, which now serves as the kitchen, and removed the building's chimney to make the house more airtight and gain extra space.

Being an experimental retrofit — Edward Borgstein describes 100 Princedale Road as an "R&D project" — the team are studying it closely, monitoring everything from energy and water use to air quality, as well as the moisture content in the walls.

The early results are promising: energy bills are down more than 60% in the first year of occupancy, CO2 emissions down 70%, indoor temperatures are healthy all year round, and indoor humidity is normal. There's been a little overheating in the top-floor bedroom, but it's within the passive house standard's allowed limits. u
Perhaps unsurprisingly for such an experimental approach, the project wasn't cheap — it cost £178,000, and a big chunk of that went on developing the innovative windows.

But Green Tomato Energy is now working with Octavia Housing to apply the project's lessons to a universal retrofit strategy for the association, identifying the best ways to reduce fuel poverty and discomfort in its buildings.

While this retrofit may be complex, the essence of the passive house standard is simplicity — insulate the building well, make it airtight, and keep heating systems small and simple. That was no different here.

"What we wanted to do was keep the services super simple but ensure that the envelope was passive house, which is what will future proof the house," Baeli says. 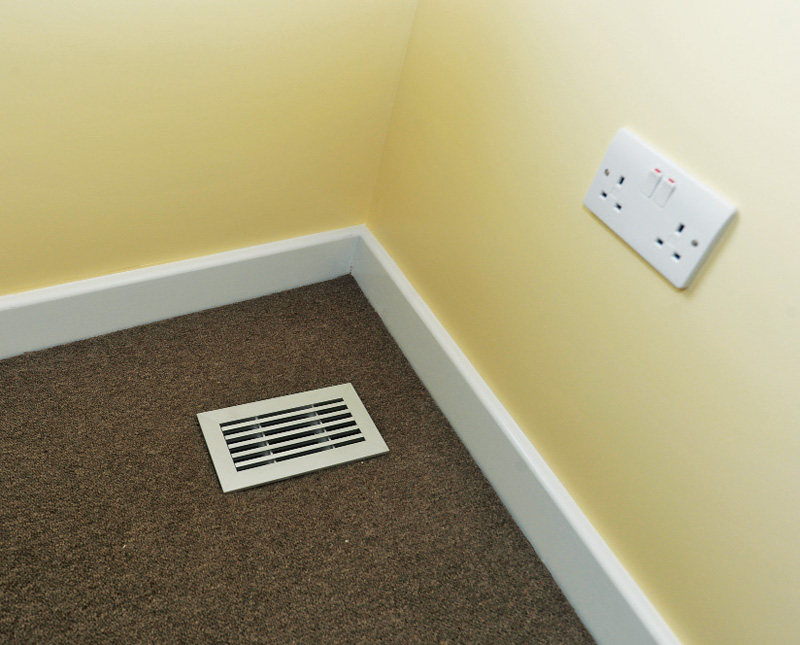 "The message really is keep the fabric simple, keep the services simple, don't try to be too clever about it."

The house is now a home for Octavia tenant Bouchra Bakali and her family. She says living in a passive house is much easier than she expected.

"It's more comfortable than any house I’ve lived in before — it just feels normal, it feels like home," she says. "I thought it would be nice for a local person from the community to get involved in this type of project and it’s sparked a lot of interest already with my friends. It means a brighter future for me and the kids."

After: The air coming into the building is pre-heated by a ground-to-air heat exchanger built in to a labyrinth below the basement floor. This utilises the constant 12C ground temperature. The incoming air then passes through the mechanical ventilation heat recovery and is heated further by the stale, outgoing air. If required, an air-to-air heat pump then takes more energy out of the outgoing air and further heats the incoming air. This eliminates the need for a boiler or any radiators or underfloor heating. ESE Solar thermal system, flat plate, drainback system

Ventilation
Before: no ventilation system. Reliant on infiltration, chimney and opening of windows for air changes.