As people get older, their thermal energy need increases: elderly people tend to spend more time at home, and to feel the cold more. As one new sheltered housing scheme demonstrates, passive houses may be the answer.

It might be the largest development of its kind so far in Ireland, but the 13 new units of sheltered housing on the campus of St Patrick’s nursing home in Baldoyle, north county Dublin, wear their passive house credentials very lightly. Spread across three blocks, these single-storey one and two-bed units are practically complete and awaiting their first residents, some of whom are due to move into the complex, named Alexandra Crescent, over the summer.

If the three blocks of six, five and two units look decidedly conventional, that’s because they were designed back in 2009. In fact, they look exactly the same as non-passive sheltered housing units in Thurles also owned by the nursing home operator, Cowper Care and sister charity Alexandra Guild Housing Association, which were built a few years ago. The organisation has been investing in a series of new facilities over the last while in a bid to meet growing demand for nursing home places and sheltered housing, particularly in Dublin.

Following a period when the construction of Alexandra Crescent took a back seat in favour of a refit and extension to the main St Patrick’s complex that was completed three years ago, it was decided to build the units out to certified passive house standard once building work resumed in 2014. 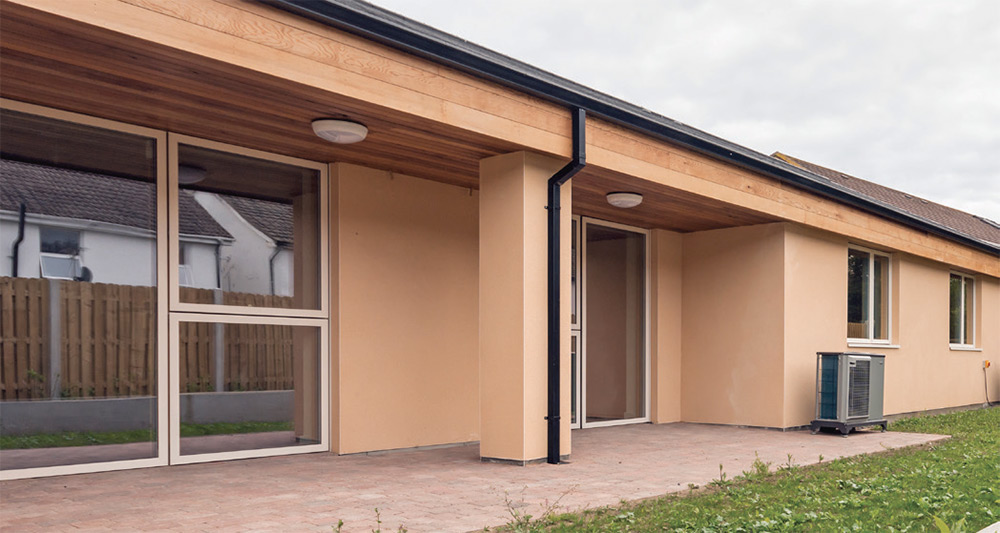 “We have always had an interest in sustainability and technology,” said Cowper Care’s construction project manager, Daire Shields. “When opportunities arise to incorporate sustainable solutions, we explore them in great detail and, whenever possible, opt for them.”

As well as that, shortly before he left the organisation, Daire’s predecessor had done a course on passive house as part of his professional development and had introduced the company to the idea.

So by the time the completion of Alexandra Crescent was being finalised, it had a willing cohort of people working for the organisation who were already well on the journey to becoming ready adopters of the passive house standard.

“We were immediately drawn to it as some key features included a high comfort level, health benefits and reduced running costs for the occupants,” said Daire. 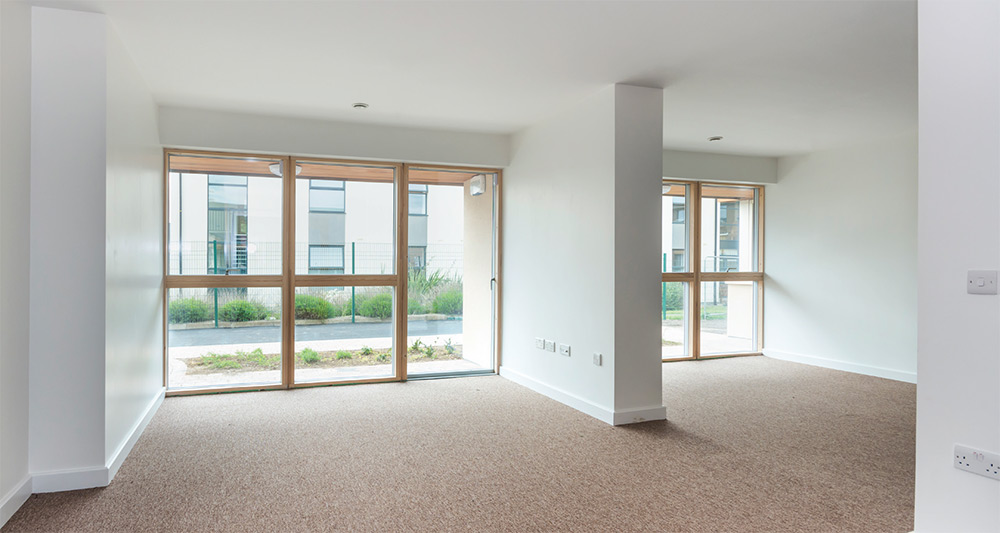 The recruitment of passive house trainer Darren O’Gorman of TargetZero came after Daire attended a course of his and afterwards invited him to act as a consultant for the shelter housing project. A mechanical engineer by qualification and now a chartered engineer, most of Daire’s career to date has been spent working on water industry projects in Australia, but since he started working in building construction he has been impressed at the variety of high technology available to the industry. It was mainly this that prompted him to attend Darren’s course so that he could “better understand the technology and the appropriate application of various products”. He is now a Passive House Institute certified consultant, and also trained as a BER assessor.

On paper, deciding to build these buildings – which had not been designed as passive houses – to fully certified passive house standard seems like a bold move. After all, they are single-storey buildings with a large volume-to-surface area and few of the windows oriented to the south for optimum solar gains. Two-storey buildings tend to be much easier to work with as far as meeting the requirements go.

Getting the certification was vitally important to Daire and firm as an essential quality standard, and while he admits it was “touch and go” whether it could be achieved, O’Gorman had drawn up a very specific plan that he was confident would get it over the line – but only if it was followed to the letter.

“If you look at the [modeling] software, it was tight, I just made it,” he said. Indeed, there was little flexibility for adjustments or substitute materials, and little allowance could be made for factors such as internal gains in what is closer to a retrofit than new build in terms of building form and orientation. 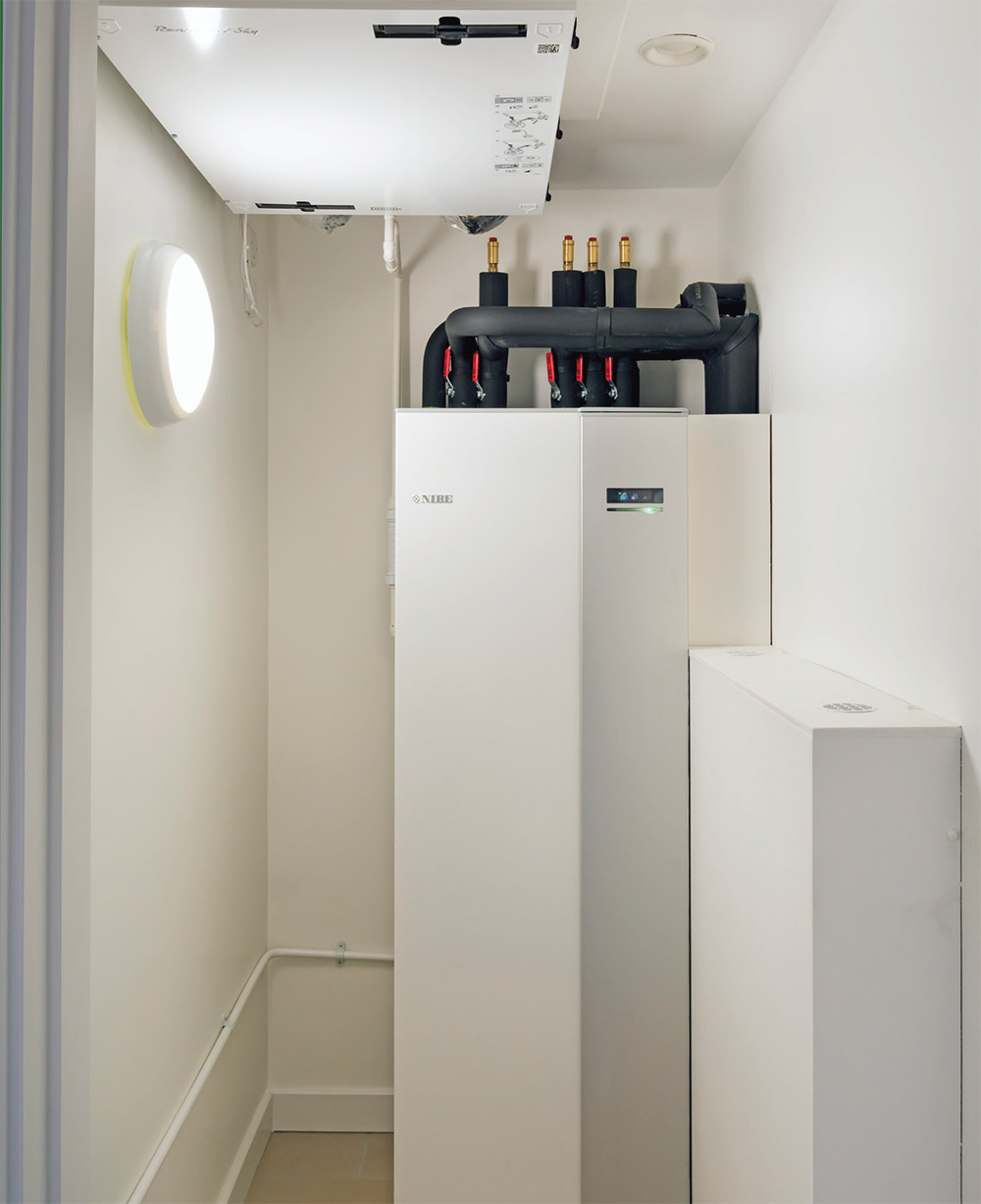 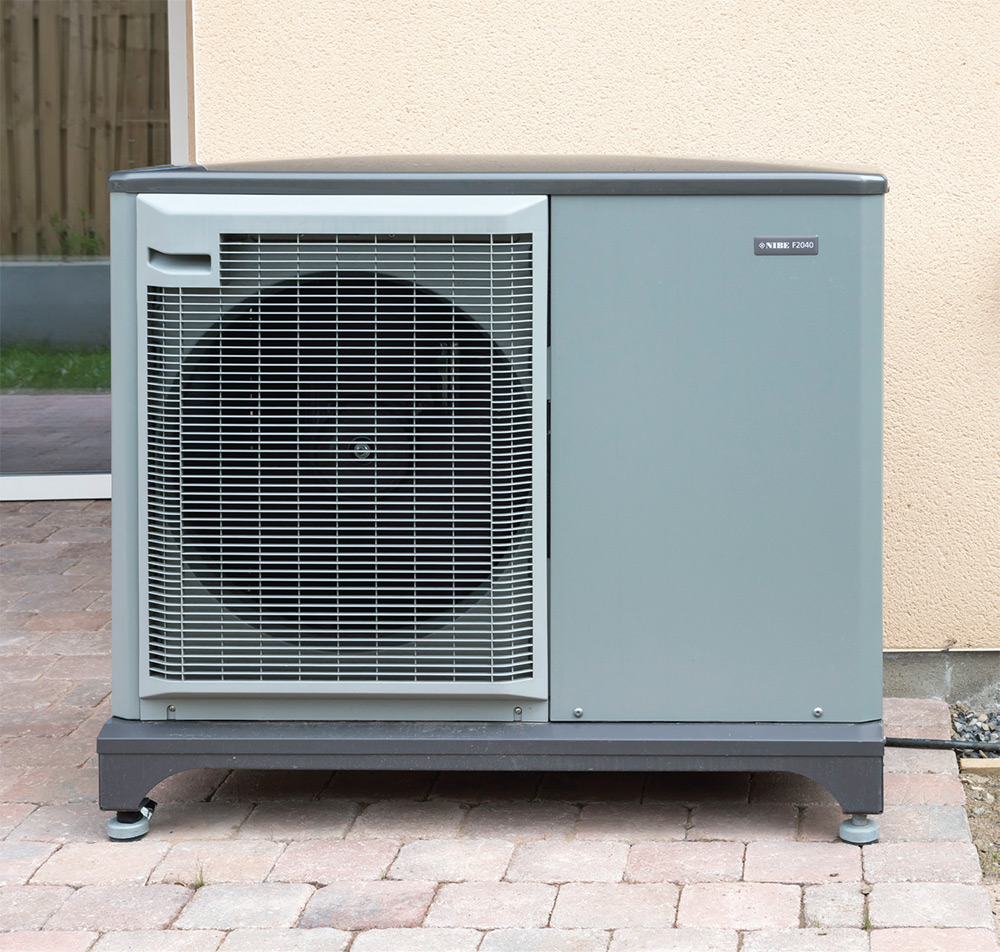 Heating and hot water are provided by an air-to-water heat pump system in each house, which consists of a NIBE F2040 outdoor unit (above) that converts heat from the air outside, and a VVM320 indoor unit (top) that distributes this heat in the most efficient way. A Brink heat recovery ventilation unit (top, attached to ceiling) will provide fresh air to the homes and should ensure high indoor air quality for the occupants

Of course, he says that if he had been able to work from a clean sheet, the buildings would have been oriented south, they would have been two-storey, etc – basic passive house design principles that meant they wouldn’t have had to insulate the roof as much as they did.

Daire says the fact that they achieved certification – just – was testament as much to a team that not only embraced the idea very quickly, they also worked together very closely and stuck to the plan.

“The main contractor, Cedar Building Company, were heavily involved from the outset, as were the mechanical and electrical engineers, structural engineer, architect, and window supplier and installer. In a very short timeframe the team produced a practical workable solution for every detail that complied with the passive house requirements.

Because the team embraced our goal and the passive house concept from the outset, the project was issue-free for the most part.”

As is so often the case, the biggest challenge was achieving the required airtightness. 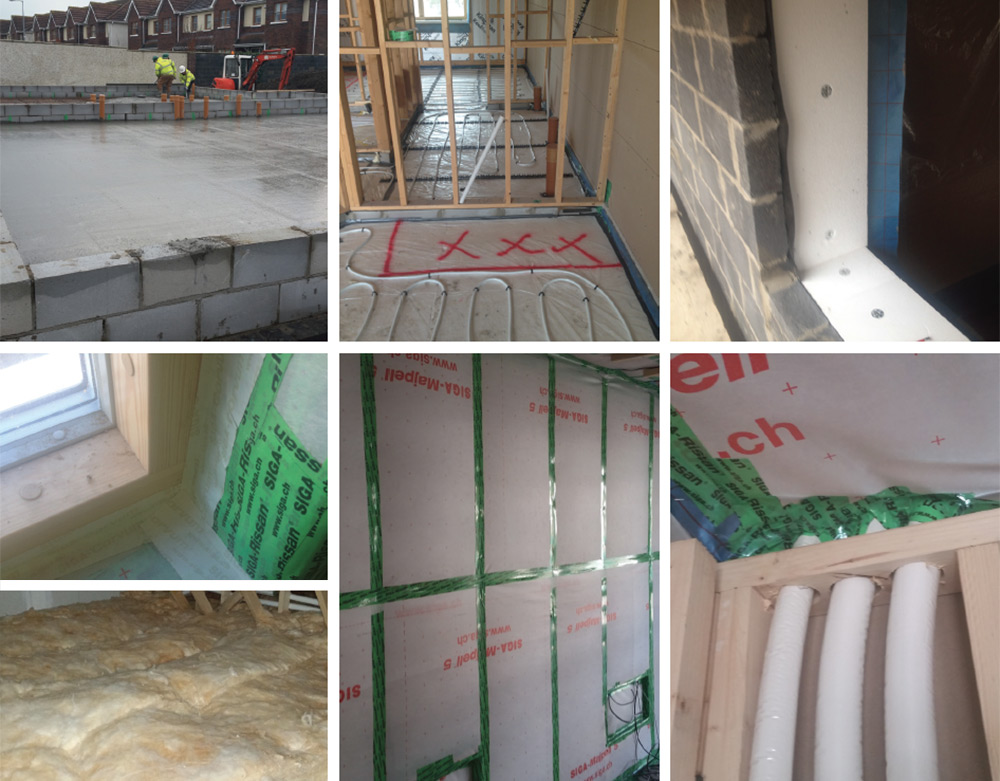 (top row, from left) Two courses of Quinn Lite blocks to foundations to reduce thermal bridges; all units have underfloor heating installed; thermal bridging also minimised by the use of CompacFoam rigid insulation around windows and doors; (middle row, from left) Siga airtightness tapes around windows; although the selected timber frame system includes an internal airtight layer, an additional membrane was applied to the room side of the panels in order to meet the airtightness target; further airtightness detailing around service penetrations; (left) the attic features 600mm of Isover Metac insulation

Although the selected timber frame system includes an internal airtight layer, an additional membrane was applied to the room side of the panels in order to meet the airtightness target.

All the units have underfloor heating. Daire says if he was starting again, he would probably have chosen to provide the required heat via a district heating system, with one central heating unit per block or one for the whole development. As it stands, each unit has its own heat pump, which means quite a lot of redundancy.

“The Nibe heat pumps selected for each house are the smallest available, but would be capable of supplying heat and hot water to multiple houses if the houses were designed accordingly.”

Overall, though, Daire says the project proved very interesting for all concerned. “The reaction from the design and construction teams is one of excitement, particularly having passed the final airtightness tests. There is a good buzz about it and I think everyone is delighted to have been involved in the project.”

While the team are clearly happy with what they’ve achieved, the organisation isn’t shouting about Alexandra Crescent’s passive house credentials just yet. Indeed, the fact that they are certified passive houses has only been pointed out to some of the prospective residents. “They’re more interested in the look of the houses and they just want to get in.” 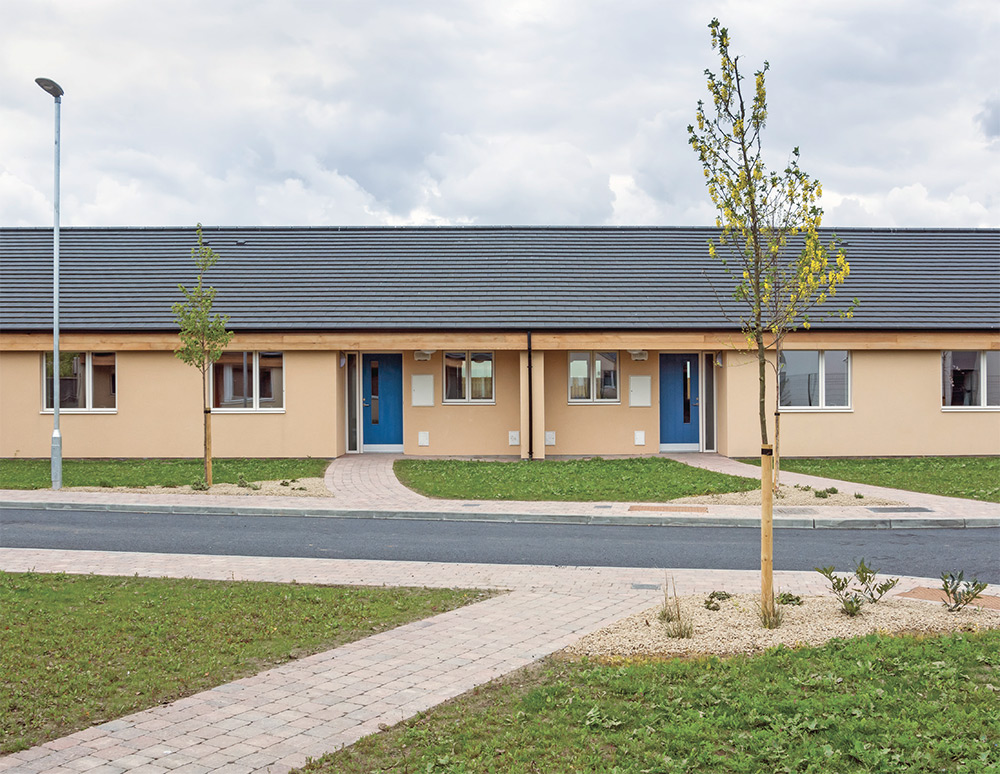 Once they are in, their short and medium-term impressions will no doubt be eagerly awaited. “We will be monitoring them very closely to determine if the living environment is noticeably more comfortable for an elderly person.

“From a temperature comfort point of view, we’re really happy, but we’re more interested in whether the heat recovery ventilation units actually provide the level of fresh air comfort, and whether people notice the difference.”

Electricity consumption will be watched closely, too, although it’s likely that the heating costs will be much lower than a conventional build, which can only be good news for its residents. “From our point of view, we aren’t paying the bills, so this is giving something back to the occupants rather than saving us money.”

Daire estimates that the cost of opting for the passive house standard compared with the conventional build originally tendered for was just 6pc higher, which included the heavier insulation and thermal bridge detailing, airtightness work, the MVHR system and the passive house certification.

However, Cowper Care’s next construction project, a 100-bed nursing home in Kimmage, which Daire is now working on, won’t be to passive house specifications, mainly due to the cost and scale, but he will be taking on board a number of the details and principles he and his team has learnt working on Alexandra Crescent.

“While a passive house takes care of the heating to a certain extent, we’d like to reduce the [environmental] impact of domestic use, so we’d look at fitting solar PVs and that kind of thing."

Heat recovery ventilation: I A Kernohan

Kingspan Century Homes Timber Frame Structure on suspended precast concrete floor. Challenge - project was not initially designed to be passive house, i was hired as a consultant at foundation stage. As housing for the elderly internal gains used in PHPP is 4.2W/m2 as opposed to 2.1W/ m2 - benefitted heat demand but not overall primary energy.

Roof: 600mm Isover Metac insulation. U-value: 0.076W/m2K. Note: Roof was seen as the less expensive area to compensate in a way. Buildings highly sheltered & very shaded so not much benefit from solar gains in heating period. 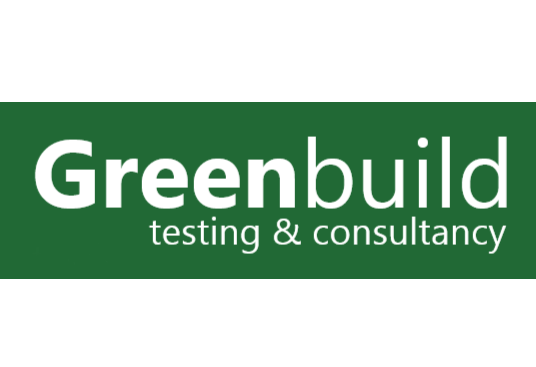 Greenbuild offers a range of services to homeowners, designers and builders who wish to improve their existing homes or build better buildings.