PassivClass, a new passive-certified modular classroom in London, aims to end the days of cold and draughty school prefabs – including a structure made from reclaimed materials.

In recent years the UK has seen a huge increase in demand for pupil places. Nowhere has this requirement to provide more classroom space been more keenly felt than in London.

Paul Callaghan, a chartered builder and architectural designer, works in the education sector and helps local authorities expand their schools to meet rising demand. Having extensively used modular buildings in the past to meet last minute requirements for places, he saw an opportunity to improve on the method. 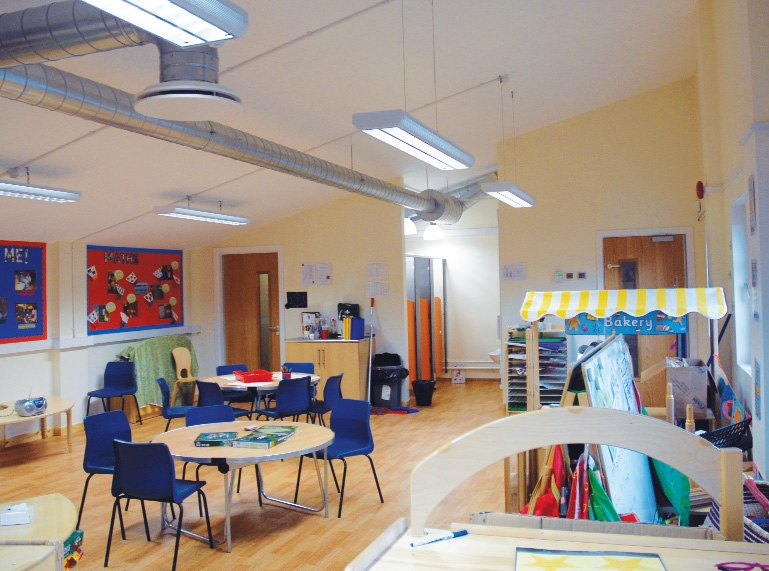 “Over the last couple of years I have been called last minute to provide additional spaces for bulge classes,” he says, “these urgent requirements reach me in about late April and May, and have to be completed by the end of August.

“Allowing for planning, design and procurement, by the time the contract has been instructed only about eight weeks are left to construct the building. This has pushed me down the modular off-site building route.” 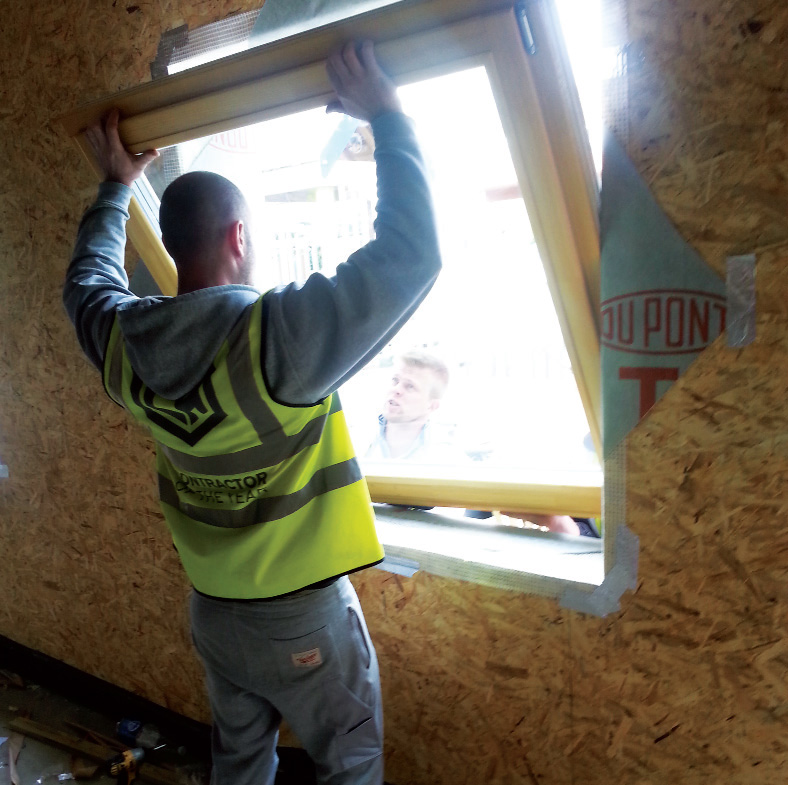 Callaghan estimates that over the last two years he has procured 20 modular classroom buildings, equivalent to almost two new schools. “The volumetric buildings I have typically specified provide light education spaces with air conditioning and are generally very well received by the schools in which they are placed. I did however have concerns over indoor air quality and long term energy performance.”

When another request came in for a 30 child classroom building from Smallwood Primary School in Tooting, Callaghan decided to procure the building based on a pre-fabricated passive house design. The original instruction was received on 2 May 2014, with the building to be completed by 2 September. 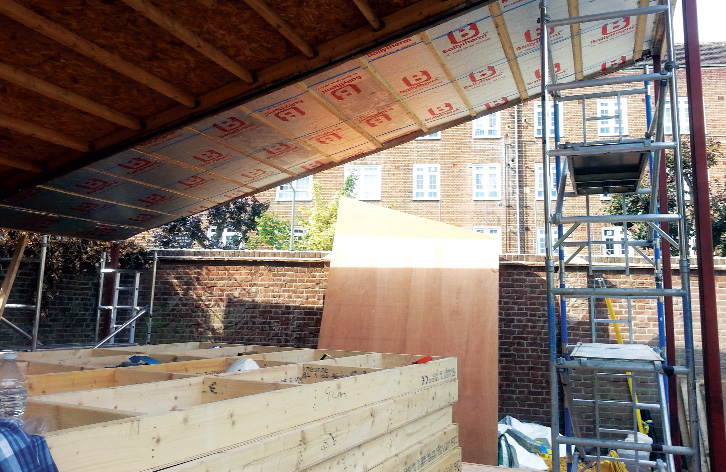 Callaghan had yet to cut his teeth on a passive house building, but he modelled the proposed classroom in PHPP and determined that it could achieve the passive house standard. “I produced a design and build tender which incorporated my PHPP spreadsheet, a quote for passive house windows and details of the main building junctions. My desired design featured an off-site manufactured timber studwork with an insulated ground bearing slab.”

The lowest tender he received used a standard volumetric building system with a suspended timber floor. The winning contractor, Cotaplan, had not built a passive building before and asked Callaghan to come on board as their passive house designer. 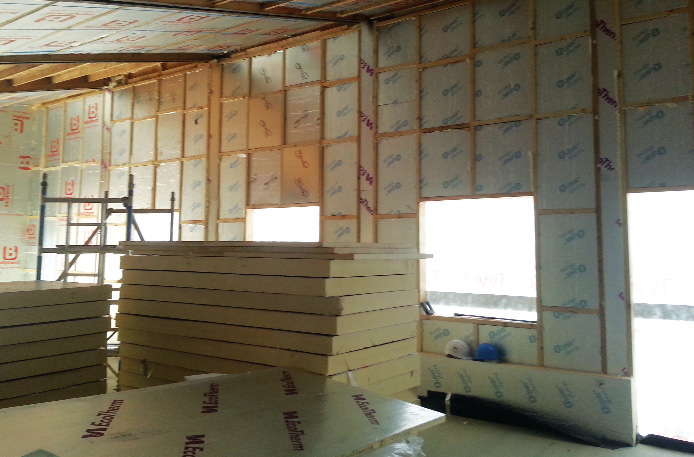 While the contractor was keen to meet the passive house standard, they did not want to completely change the way they build. Mark Fielding of Cotaplan says: “In building PassivClass we did not want to re-invent the wheel on how our buildings are constructed. Part of the efficiencies in our industry come from the familiarity of the erectors with how the system goes together. We wanted Paul to enhance our existing systems to meet passive house.”

The structure of the flat pack system used by Cotaplan uses repeating steel columns, steel floor beams and a glulam roof ring beam. The use of steel in the construction created the potential for thermal bridging which had to be carefully designed out. 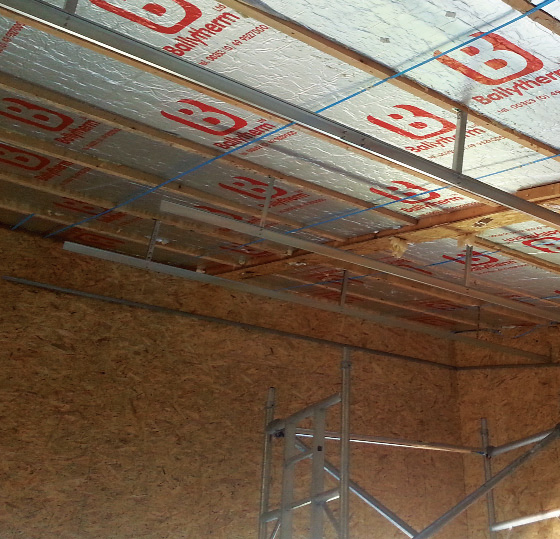 All of the revised details were modelled in Therm and then checked by the passive house certifier, Warm. The form factor of the small building meant that very low U-values were required to meet the standard.

Major structural elements of the building have been reclaimed from ex-hire modular buildings, meaning that the floor cassettes, roof cassettes, wall steels and roof beams are all re-used. This use of cradle-to-cradle elements makes PassivClass 60% re-used by weight, reducing its impact on the environment, and its cost.

Cotaplan’s Mark Fielding says: “In building PassivClass we wanted our erectors and usual sub-contractors to gain knowledge of how these new passive house buildings go together. For this first building Paul visited the site daily to check the work and teach our erectors how to build an airtight building.

“Going forward however we want them to be able to do quality control on site themselves and have a good understanding of what it means to build passive.” The final air test of the building gave an impressive figure of 0.3 air changes an hour.

The only source of energy for the building is electrical — there is an in-duct heater in the ventilation system, and an electric radiator for the coldest days of the year. A meter was installed on the electricity supply to the building on the 2 September 2014 and was checked on the 20 January 2015, with a reading of 3208 kWh.

Making a rough calculation and averaging this 20 week measurement over 52 weeks yields a total energy usage of 8341 kWh or 101 kWh/m2/yr, which compares favourably against the PHPP primary energy calculation of 103 kWh/m2yr. 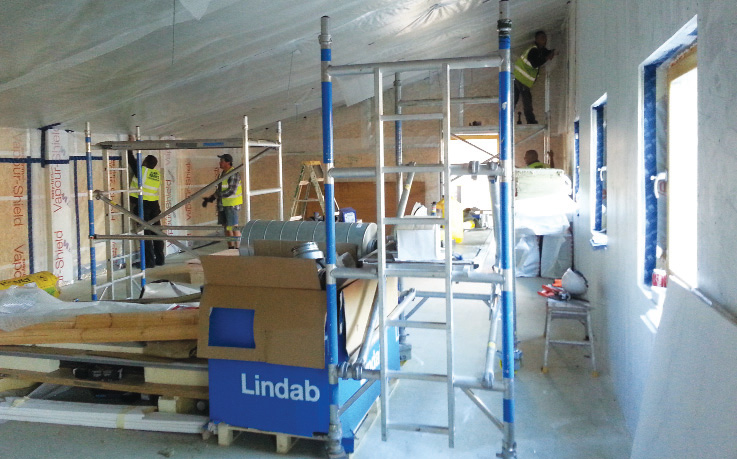 Extrapolating this to reflect the classroom’s total energy use over the course of a real school year, including holidays, at the 9.5p per kWh the school pays gives a total annual energy bill of £674.00 — about one third that of a typical school prefab classroom, according to Callaghan.

Wall steel columns: 95mm square section steel columns are placed at 2.5m spacings in the external wall. They were externally and internally faced with PIR board, on the inside face of the wall PIR columns were adhered to the OSB wall layer which overlapped the columns by 50mm and provided an overall negative thermal bridging.

Floor wall abutment: 70mm steel Z sections hold the floor joists in place and support the base of the timber framed walls. The sections were filled with PU foam externally with PIR board between and above the joists. The bridging element was effectively placed outside of the insulated element creating a slight positive bridge at the wall and floor abutment.

Foundations: Concrete pads supporting the corners and centres of the floor cassettes.