Since 1927, the Quirke family has been running a pharmacy on the main street in Clonmel, Co Tipperary. The original building on their O’Connell Street site was over 200 years old, but in poor shape.

“It was in a bad, bad state of repair,” says current proprietor Ronan Quirke. “It was always my intention to do something with it.” 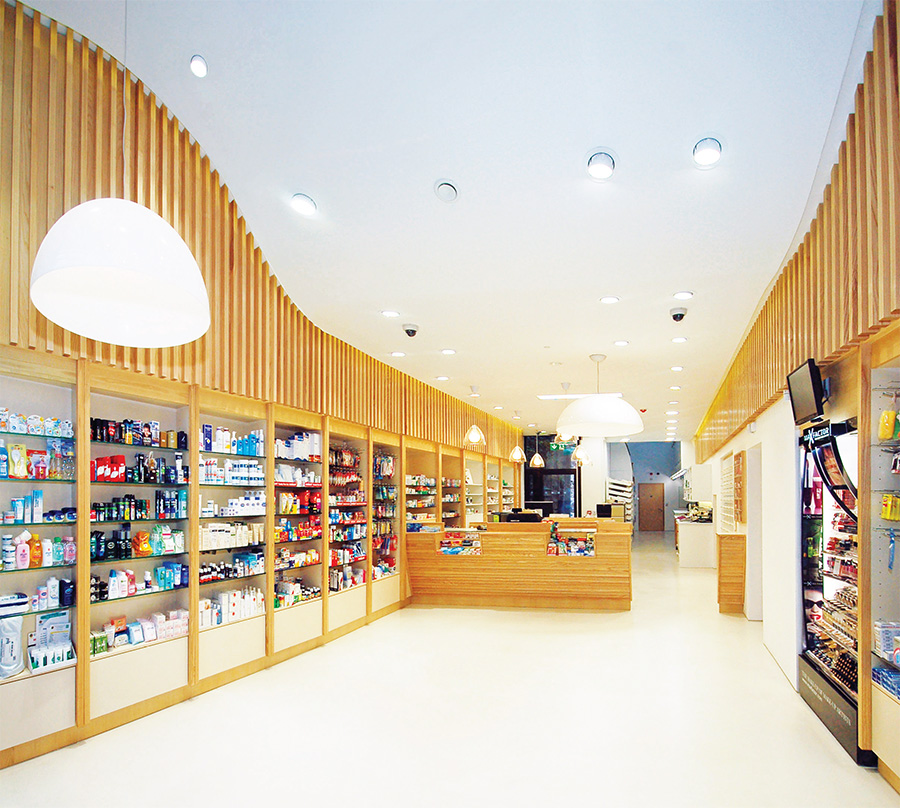 For a start, the dispensary was too cramped for his staff. “The old space that they were asked to work in for many years was appalling,” he says. The shop also suffered from a low ceiling height, poor layout and lack of insulation.

Upstairs in the three-storey terraced building was a residence that hadn’t been occupied for at least 40 years, which was just being used for storage.

Quirke approached architect Paul McNally of The Passivhaus Architecture Company, who had previously designed a low energy extension to Quirke’s Georgian home on Anne Street in the town.

They looked at the possibility of retrofitting, but there were so many structural issues that retaining the old building would have required serious interventions, and would have been expensive. 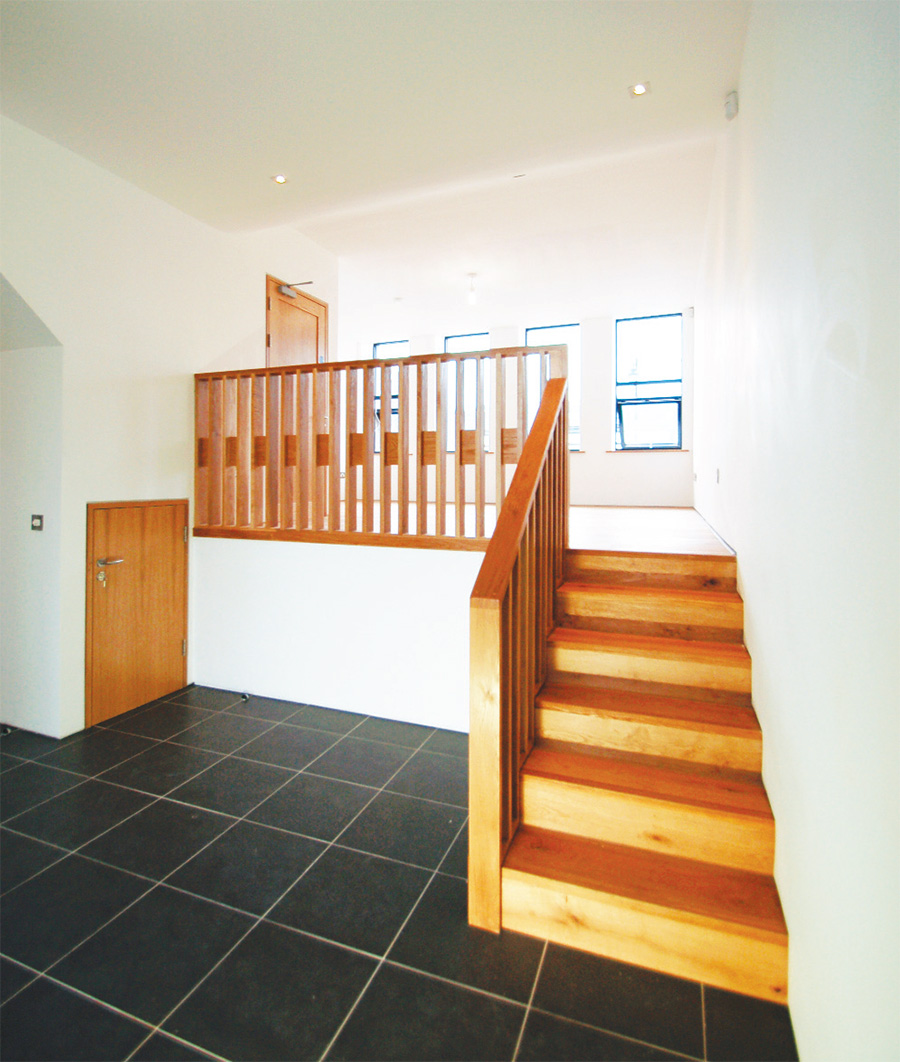 “To make the upper floors usable to modern standards would have taken a huge amount of work,” McNally says. Meanwhile the shop was “a mess spatially. It was a nightmare really to work in, and it was freezing.”

Quirke decided to knock the old building, which wasn’t a protected structure, and rebuild from scratch. But he was insistent that whatever building replaced it last a lifetime — he didn’t ever want to have to renovate again. “I only wanted to do this once. I certainly didn’t in 20 years want to be faced with a further patch job,” he says.

“I wanted to future proof it,” he says. Construction costs had bottomed out at the time too, which meant he could get more bang for his buck. Quirke asked McNally what the highest standard he could build it to was, and McNally told him about passive house.

But Quirke says: “It also had to be cost-effective. I wasn’t going to keep throwing money at the project just to achieve certification for certification’s sake.”

McNally adds: “He was pretty keen to achieve the standard, though it wasn’t an absolute requirement.”

Local contractor O’Gorman Construction, who had built Quirke’s home extension at Anne Street, was appointed here. Being in a terrace, knocking and rebuilding posed obvious structural challenges. An archaeologist was also on site at this stage of the job.

“During the planning and research, we found out that the ruins of Ireland's second quaker meeting house formed the walls of our site boundary, so we had an archaeologist on site during all the excavation and demolition works,” McNally says. 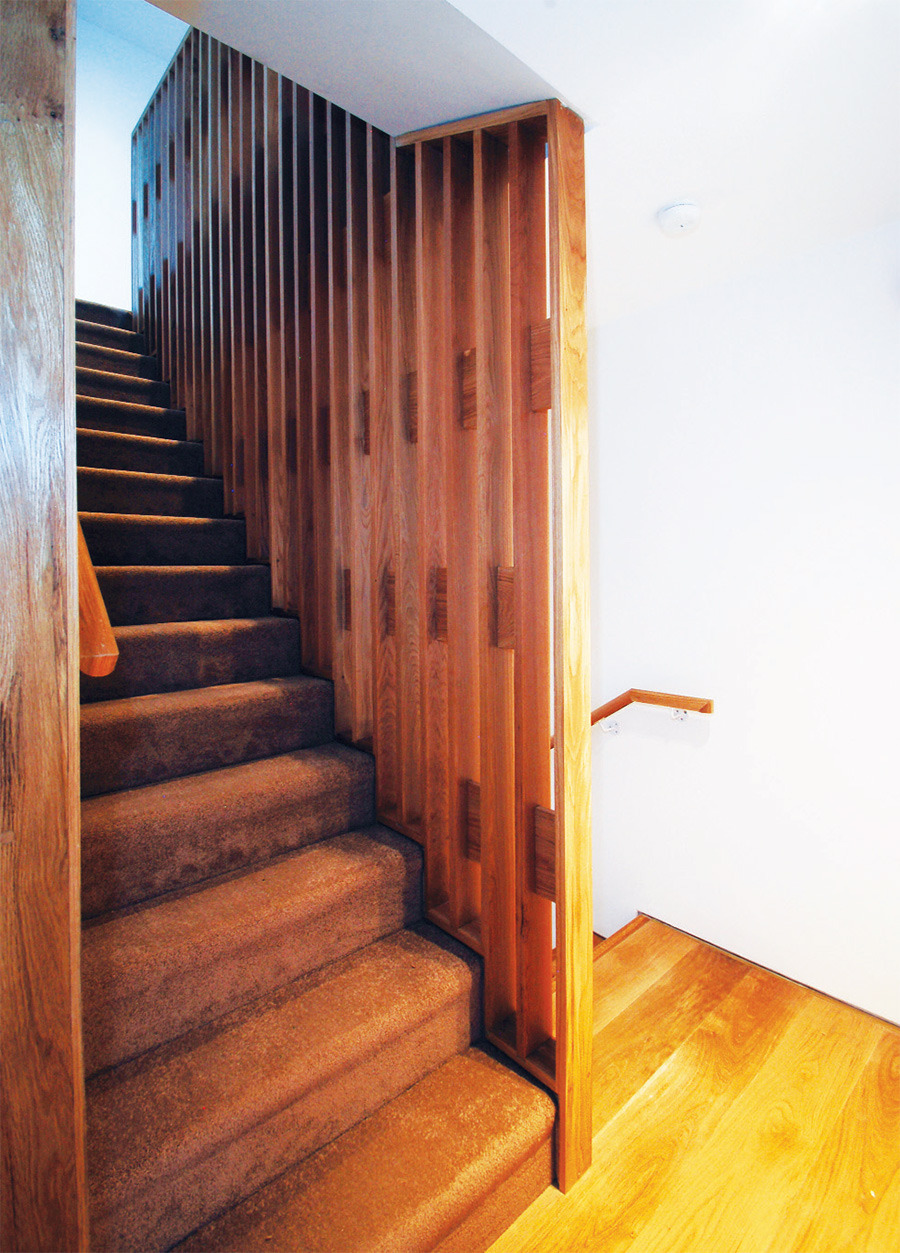 “We had a very good contractor,” McNally says. “He was a great contractor we had complete faith in, he had local knowledge of the buildings on the main street in Clonmel.”

The steel frame was installed on Foamglas Perinsul blocks to avoid thermal bridging between it and the concrete slab. After demolition, work began on the new building. The team looked at various options for constructing the new pharmacy, but concrete block with an insulated, ultra wide cavity proved the most cost-effective.

The ground floor features 150mm of Xtratherm PIR insulation board under the slab, while the timber roof is insulated with mineral wool between the rafters and in the service cavity, plus an extra layer of Gutex Ultratherm woodfibre board. Munster Joinery Alu-P Passive House Institute certified windows were specified, while the front of the shop features a glazed Batimet passive house certified triple-glazed curtain walling system, supplied and installed by PJ Bowes.

The pharmacy faces south onto O’Connell Street, but the buildings on the far side of the road overshadow the ground floor facade, blocking solar gain. 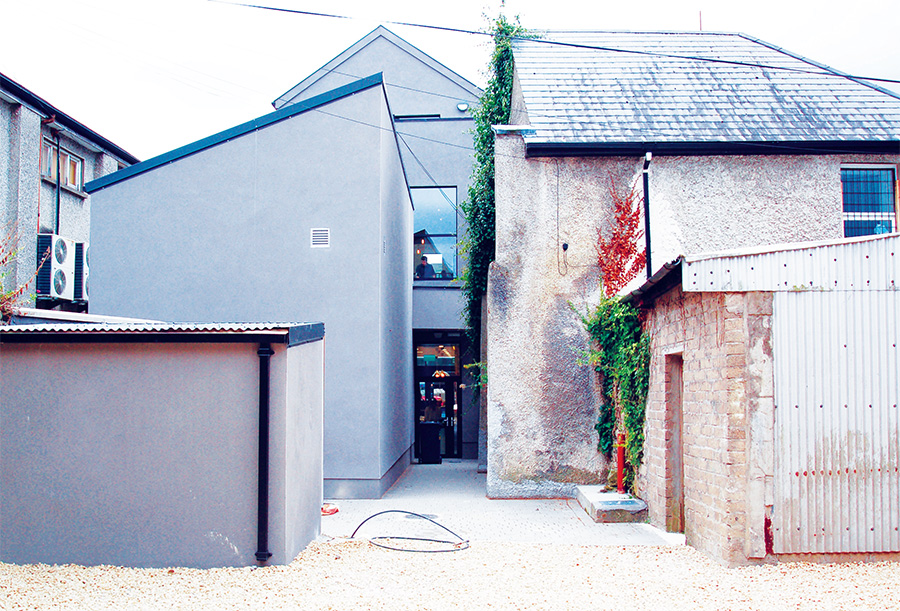 “The solution was to raise the shop floor ceiling height to a storey and a half and install full height glazing, so that even on the winter solstice, solar gain penetrates the store,” McNally says.

Being in a terrace there was little scope for glazing on the east and west gable walls, so roof windows were installed in the single storey projection to the back to bring in more natural light.

Perhaps not surprisingly on such a complex project, the biggest challenge was airtightness. During the installation of precast concrete slabs at second floor level, connecting airtightness membranes were ruptured. Because the concrete hollow core slab-edge was compromised, penetrations (such as for services and stair opes) within the floor had to be sealed individually, whereas had the membrane been protected at the edge, this may not have been necessary. Extensive remedial work was required to get down to the passive house airtightness standard.

But McNally praises his contractor’s persistence to get the result down to the passive house requirement of 0.6 air changes per hour. “He was never going to give up.”

Contractor Barry O’Gorman says this was the most energy efficient and airtight building he has ever worked on. While he had experience of building down to around one air change per hour before, 0.6 was a different kettle of fish.

“It was a whole new challenge,” he says, adding that in practice the difference between these two figures — which seem so close together — is “massive, it’s unbelievable”.

Even if the team hadn’t been aiming for passive house, the nature of the site would have still made it a rather unique job. “Every day was a challenge in there,” O’Gorman said. “I don’t think you’d come across anything as complicated again.”

(clockwise from bottom left) a look inside the extra wide 250mm wall cavities prior to insulation; Foamglas Perinsul structural insulation on a pile cap; insulated cavity closers provide an efficient solution to closing the cavity at window and door reveals; the ground floor features 150mm of Xtratherm PIR insulation board under the slab

Building a shop posed other issues too. The team were already on site when McNally realised the lighting design wasn’t going to offer sufficient illumination in the shop area. “Lighting for retail is quite a specific skill,” he says.

He brought in lighting experts Domus Projects to advise. “They came up with a scheme that allowed us to get very high levels of illumination with very low levels of energy.”

Quirke was also keen to have automatically opening doors for the pharmacy, so that customers in wheelchairs — or with buggies — could get in easily. Custom-made triple-glazed automatic doors from Irish Door Systems were specified.

But in a busy shop where the doors are opening constantly, the heat loss here could have threatened the team’s passive house ambitions.

Working with passive house consultants MosArt, the door losses were quantified and modelled. While increasing insulation might have offset the annual load, it wouldn’t have addressed instantaneous heat losses.

So to be safe, McNally specified a hot air blower inside the shop above the door. The unit draws on heat supplied by the shop’s gas boiler, and warms cool air that enters through the doors. This system has not been called into action during the first heating season, but will cover future extreme events.

The small thermostatically controlled condensing gas boiler also delivers heat to a single radiator in the shop. Quirke opted to put a new two-storey apartment in the space above the pharmacy, and though it isn’t occupied yet, it’s heated by a Nilan Compact combined heat recovery ventilation and air-to-air heat pump system, which also provides domestic hot water. Hot water produced by Kingspan Thermomax solar thermal collectors is integrated into the system.

Meanwhile the pharmacy is ventilated by a Paul Novus 300 MVHR system. The automatic doors were kept open until November last year too, throwing some natural ventilation into the mix too.

The project came in on budget, and the pharmacy opened a month ahead of schedule. McNally is now undertaking post occupancy analysis, with data loggers measuring temperature and humidity inside. Up until Christmas, temperatures in the pharmacy were around 20 to 21C, with no heating on at all. He says the additional heat gains from retail lighting, computers, CCTV and other electrical equipment in the pharmacy are providing the majority of heat load. January and February saw Quirke using one hour of radiator heat each morning. Passive house certification has just been achieved. McNally says the only theoretical stumbling block was the relatively higher primary energy demand of the pharmacy, but the lower demand of the apartment and concessions for retail energy use made it possible.

The only teething issues to date have been with the triple-glazed electronic doors. “There were tweaking issues. But if that was the only major problem we had, then we haven’t really had a problem to be honest with you,” Quirke says.

The building is warm, comfortable, spacious, energy efficient, properly ventilated — everything you would expect from a passive house. As Quirke says: “It would have been futile to do this exercise and not get those things.”

He observes that, for the tradesmen turning up on site during the build — carpenters, electricians, block layers and so on — the project was almost like a training course. “Every tradesman who turned up wanted to learn something about passive house,” he says. “Everyone was doing something they hadn’t done before.”