Built on a tricky site in the seaside town of Salthill, Co Galway, Ireland’s first semi-detached passive house development is designed to meet the needs of three generations from the same family.

Constructing the country’s first semi-detached passive house at a tightly restricted site in Salthill, Co Galway asked a lot of tricky questions of contractor Passive House Builders. Meeting each of these challenges in turn has delivered a passive certified building which is warm, comfortable and above all, cheap to run.

Cyril Mannion of Mannion Passive House Builders says that the decision to go passive didn’t come until after planning permission had been granted. When he came on board early in 2010, the first job involved sitting down with mother and daughter clients Michele and Karina Heaslip – an interior designer and architectural technologist who run design firm Home Space Planner – and methodically working through the plan to see how it might be adapted to the more exacting demands of passive house. 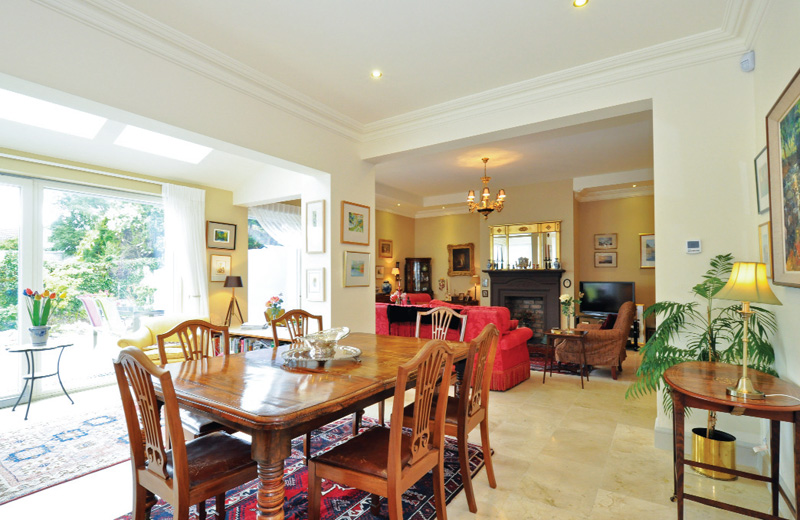 A mock fireplace was installed to create a visual focal point

“The client had already optimised orientation, layout and glazing; positioning small windows to the front-facing north/east and large expanses of glass to the rear-facing south/west,” says Cyril. There were however a large number of roof lights, sliding doors and junctions. Passive building tends to favour simplicity of design. In Salthill, a more complex plan required very close attention to detailing – especially when it came to airtightness.

Before that bridge was crossed however, Cyril Mannion had other issues to deal with. An existing structure on the site – the home of Michele’s mother Jacqueline Heaton – first had to be demolished to provide the space to accommodate grandmother, mother and daughter. “During the demolition, we segregated the material and took everything – right down to the foundations – away in skips,” he says. Once building began, access on either side of the house was reduced to no more than a metre. For that reason, several jobs normally left to the end of the build had to be brought forward. “All of the topsoil and rocks for rockeries went in first, as did the tank for the rainwater harvesting system.” 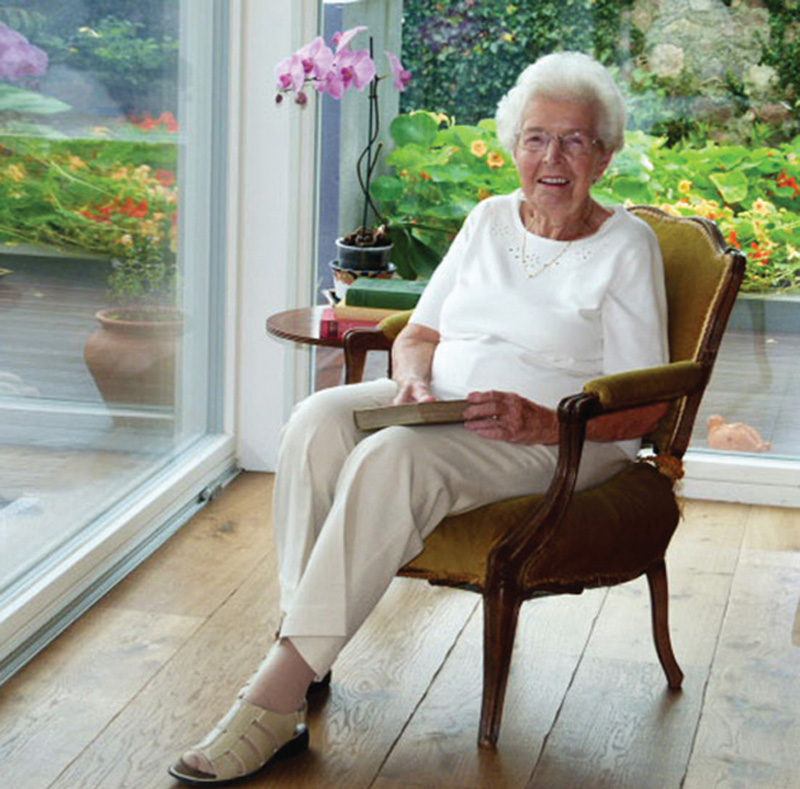 The owners wanted the two semi-detached houses to follow the contours of the site, and that meant a stepped foundation.  The solution was a high-density EPS foundation from Kore which delivers all of the structural strength required without thermal bridging issues. The building itself was then built using conventional concrete blocks, which were then externally insulated using 250mm of EPS and finished with an acrylic render, giving it the appearance of a conventional cement plaster finish.

Achieving the passive standard airtightness threshold of 0.6 air changes per hour was quite a challenge, says Mannion. “Between both houses, there were more than 35 panes of glass, three sets of sliding doors and six rooflights, as well as numerous wall, ceiling and floor junctions, all of which had to be sealed.” Installing the airtightness layer, using membrane, tapes and plaster, meant that all following trades had to be closely policed to ensure no accidental penetrations wrecked that vital passive house result. “We had an airtightness foreman onsite at all times, making sure that the airtightness barrier remained undamaged,” he says. 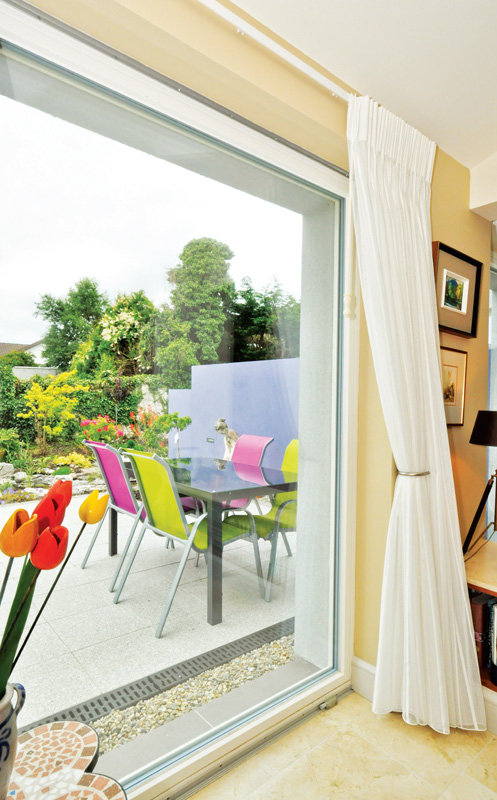 The roof lights specified were Fakro U5 triple glazed units, with a centre pane U-value of 0.5, and an overall U-value of 0.94. According to Ray Clarke of Irish Fakro distributor Tradecraft, the U5 is not specifically designed for passive house, but is a “solid, low energy product” and has been used on other passive house buildings such as the Department of Education’s passive schools in Moynalty and Powerscourt. “Our low energy range includes roof lights specifically designed for passive houses, such as our U6 and U8 glazed units and the FTT thermally broken frame system,” he says. 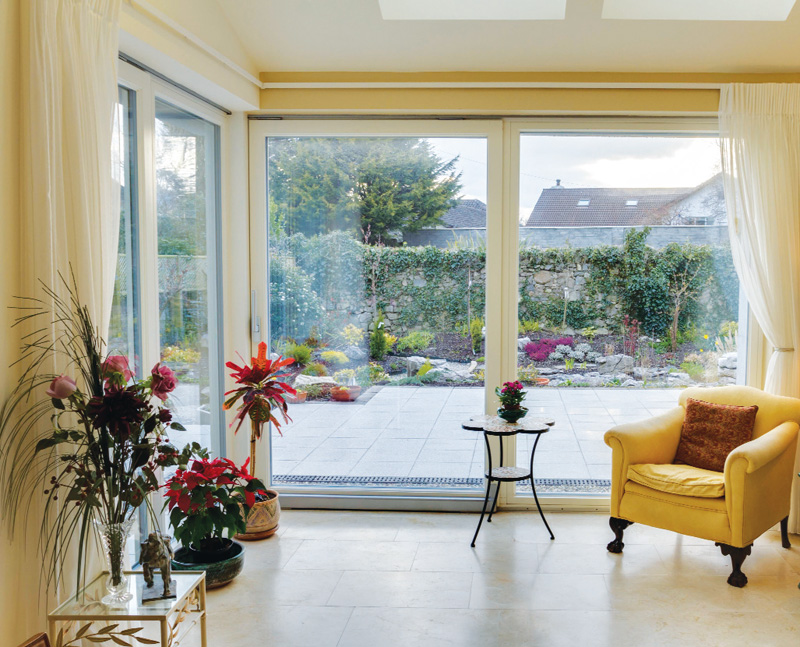 The house was designed to track the sun, with large glazed expanses to the south west facing rear of the property

Designed ventilation goes hand in hand with passive house. Passive house certified mechanical heat recovery ventilation (MVHR) systems were installed in each house. Along with all of the building’s mechanical and electrical services, the MVHR units and ductwork were placed inside the building envelope, thereby avoiding unnecessary penetrations of the airtight layer and preventing heat loss – both from pipes or ducts and from leakage through the airtight layer – into unoccupied spaces.

Karina and Michele applied their design skills to keep the services out of sight, hidden by everything from shelving units to ceiling shapes, and installed a redundant fireplace – albeit bricked-up, and connected to no chimney – to provide a visual focal point. 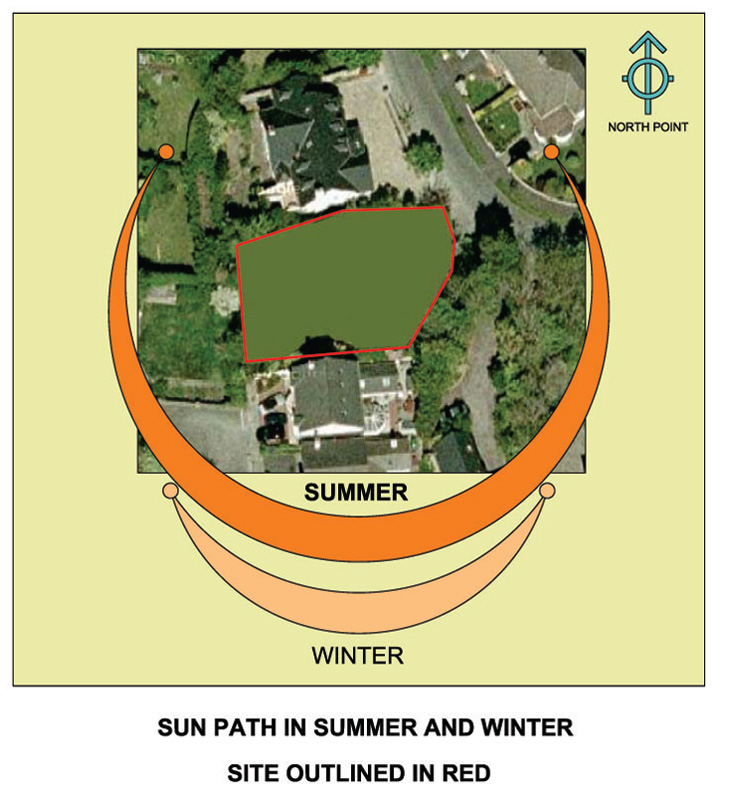 The original budget included the use of condensing oil boilers as a back up heat source, but once again, site restrictions meant that these plans had to be amended. Heat comes via an air-to-water heat pump on House A while the condensing oil boiler was possible on House B. In addition, a favourable orientation on House B facilitated the installation of solar thermal panels to bolster domestic hot water.

“The house is comfortable and draught free,” says Michele Heaslip. “It generally holds a temperature of 21C without turning on the heat, particularly on sunny days. However, as I like it at 23C when relaxing at night, I do have to set the controls to suit.” She believes too that in an Irish climate, you can’t do without a heating system, even in a passive building. “I would strongly argue that an efficient heating system is necessary, particularly as one grows older and less active.” Her point is well made: at 90 years old, Michele’s mother Jacqueline must be amongst the oldest passive house residents in Ireland, along with some of the more senior residents of the passive certified extension to Glenashling Nursing Home in Kildare. 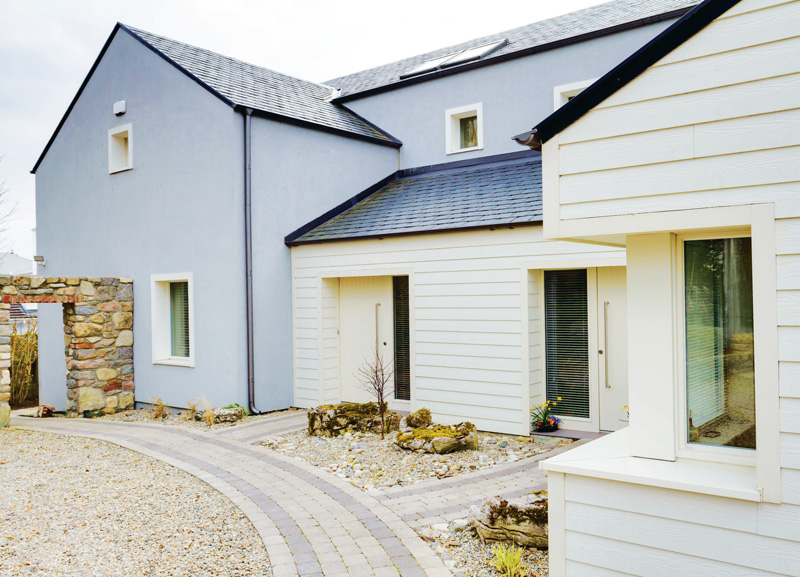 Michele likes the fact that the MVHR keeps fresh air circulating and removes stale smells from the house without having to open windows.

Passive house has enabled the family to achieve high comfort levels without paying a premium in terms of energy and environmental costs. 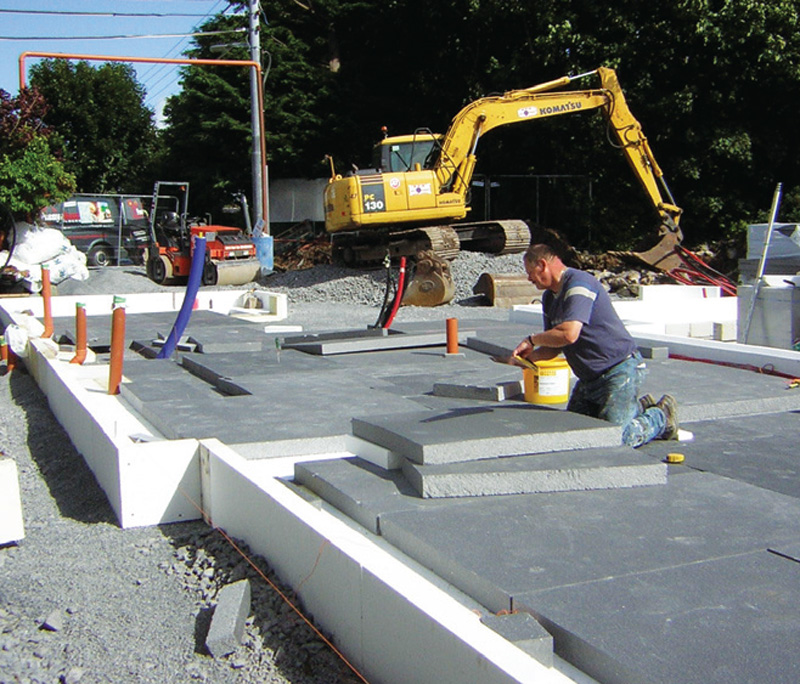 “The electricity bills have averaged out at about €120 a month, which is quite good considering that we have no other utility bills and we do a lot of laundry and cooking, and we have a home office,” says Michele. “It certainly compares well with the last house we were in which needed a fill of oil every month during the winter months on top of the electric consumption.”

“With the solar panels we don’t need to worry about hot water for six months of the year and as we have a water harvester we should never have to concern ourselves regarding water rates.”

Airtightness (at 50 Pascals): 0.6 air changes per hour
Thermal bridging: cold bridging designed out by use of Quinn Lite blocks and continuous insulation layer