A selection of passive & eco builds from around the world, this issue features a rustic holiday home in New Zealand designed using the key principles of passive house design, and the 26-storey House at Cornell Tech, New York, now the tallest certified passive building in the world. 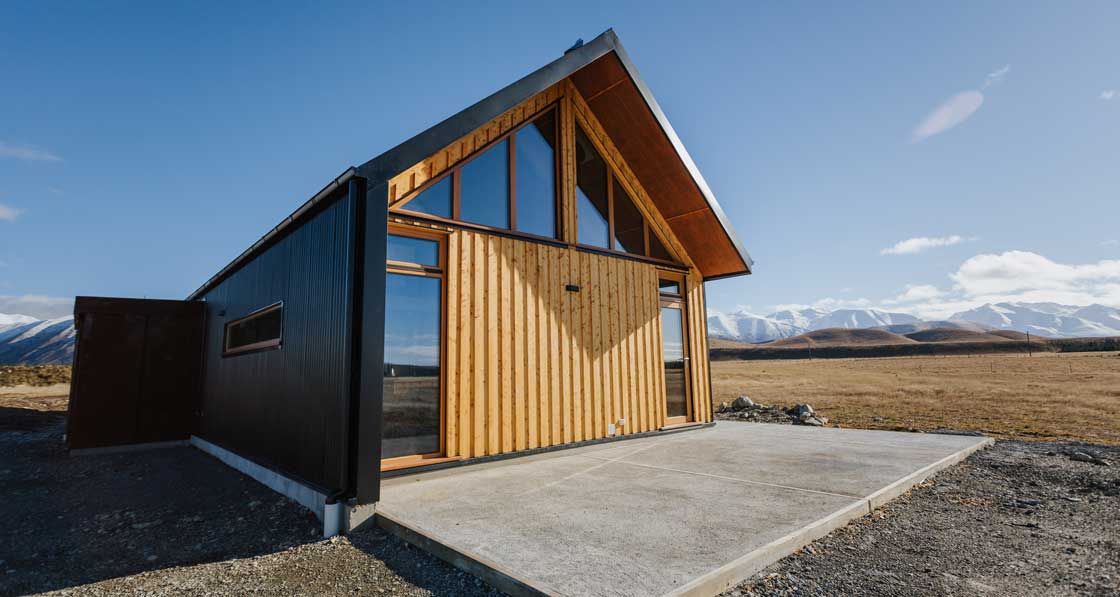 This rustic holiday home, set near the town of Twizel against the stunning backdrop of New Zealand’s Southern Alps, was built as a holiday home for a young family from Auckland eager to have a base for exploring the outdoors.

The clients had approached eHaus, NZ passive house design and construction experts, who delivered the project together with Ben and Jessica Eyers of Hiberna Design & Build and their team.

“They wanted good connection to the outdoors, plenty of storage and overflow sleeping space for family and friends, hard-wearing durable finishes, a big mud room for wet and muddy gear, and a warm comfortable efficient space,” write Ben and Jessica Eyers. 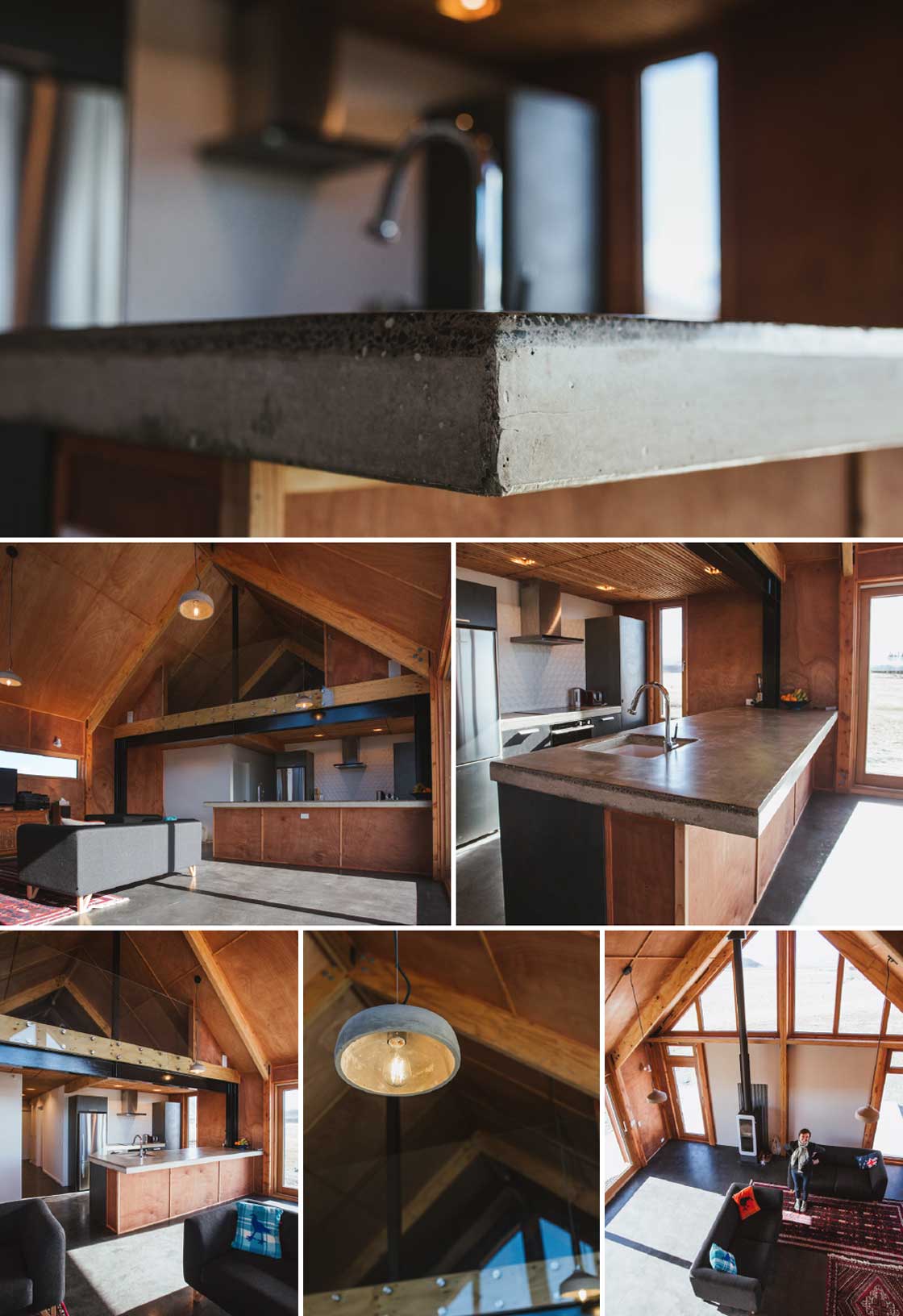 The two firms worked closely together to create a “simple energy efficient house that was hard-wearing but none the less outstanding in its performance”.

The walls and roof of the house were built with prefabricated structural insulated panels (SIPs) that were insulated with mineral wool. The timber windows, meanwhile, were locally made by Theradura, and frame stunning views of the surrounding mountains.

“One of the main challenges was the wind,” says Ben Eyers. The house sits in one of the highest wind zones in New Zealand, meaning extra structural timber was needed to cope with the wind load. 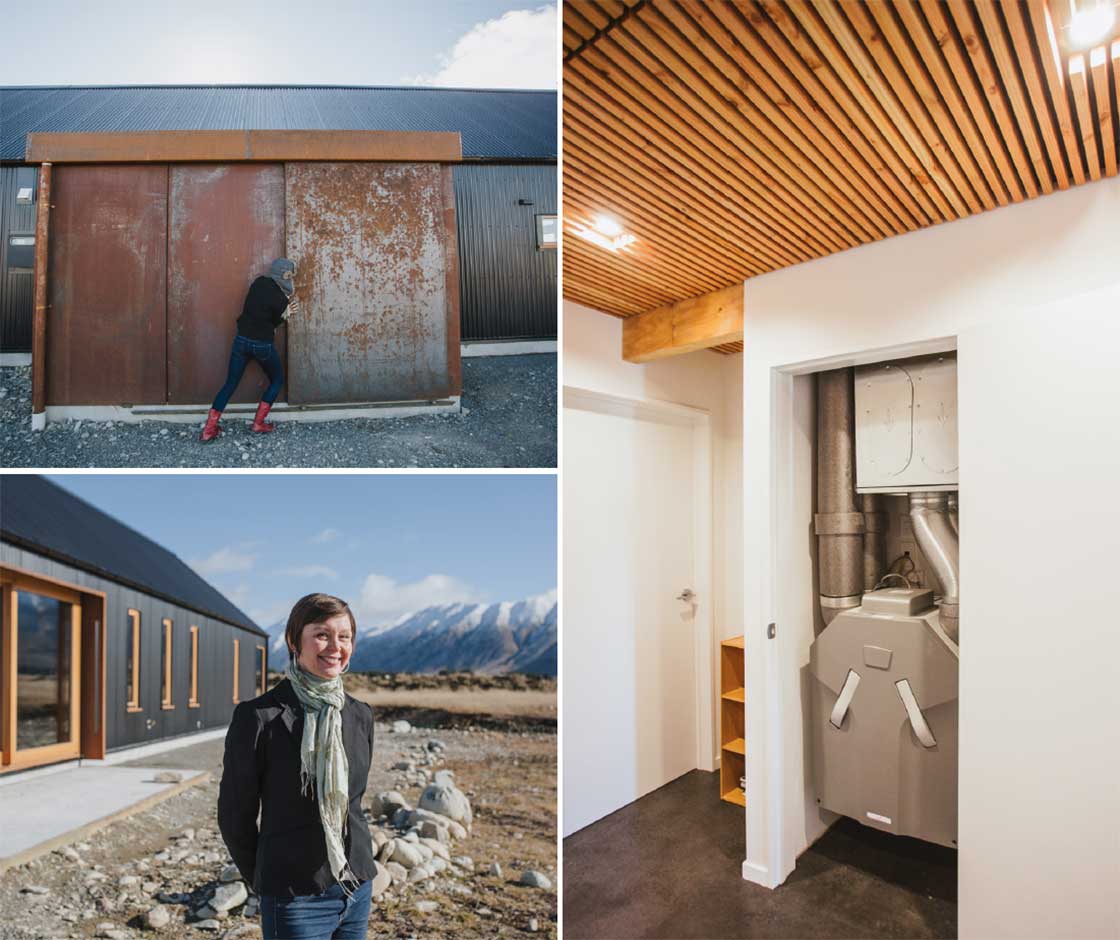 “While on site installing the ventilation system the outside temperature fell to 1C but the inside house temperature was sitting at 23C,” says Baden Brown, director of eHaus. “It was a such a great reflection of the performance of the insulation and airtightness.”

The whole team seem to have achieved just that. 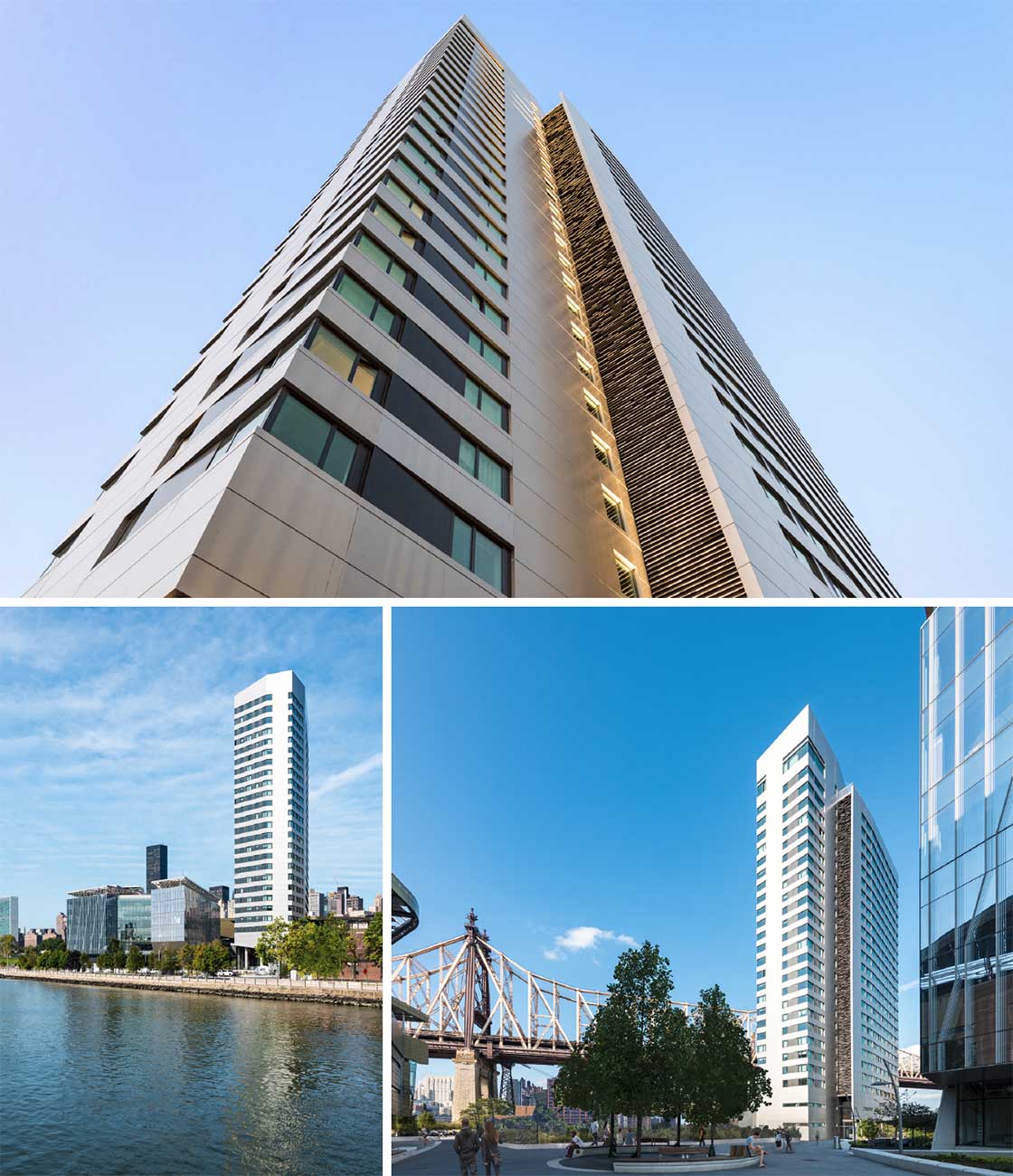 Completed in the summer of 2017, the 26-storey House at Cornell Tech — built to provide accommodation for students of the engineering institute on Roosevelt Island in New York City — is now the tallest certified passive building in the world.

A cornerstone of Cornell Tech’s proposal when it won a competition to build a new technology campus on the island was to make it as sustainable and energy efficient as possible.

But one of the biggest early challenges for the House was getting it through a public design review, which was essential seeing as the project is on city-owned land. At first, the design commission was keen for the building to be entirely clad in glass — not ideal for meeting the insulation requirements of the passive house standard.

“Getting the design commission on board for something that deviated from the standard playbook for a Manhattan apartment building was the most challenging part of the process,” says Andrew Winters, director of capital projects at Cornell Tech. “Those are not the easiest conversations to have.”

Eventually, the team — led by Handel Architects — convinced the commission that a mostly-opaque facade would be better both in terms of aesthetics and energy efficiency. The House was thus built with a cast-in-place concrete frame filled in with prefabricated metal panels, with windows installed and made airtight in the factory.

Making the whole building airtight was still a big challenge, particularly with a construction crew that weren’t used to the rigours of the passive house standard. An airtightness consultant was appointed early on to train the construction workers, who were required to alert a supervisor if the airtight barrier was punctured. “We told them that they weren’t going to passive house prison, but how important it was to let someone know if they made a mistake so we could repair it,” says Louis Schwartz of contractor Monadnock Construction. 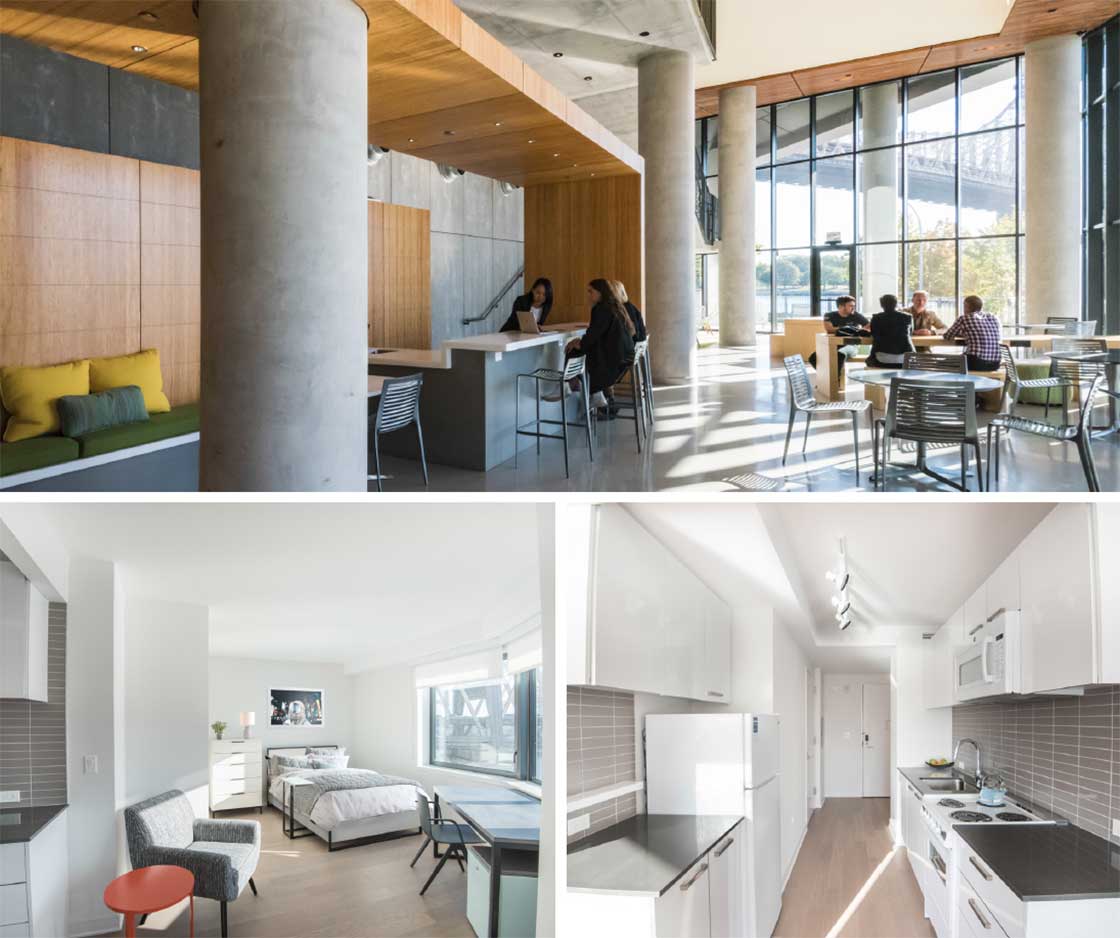 Another big challenge was the question of how to ventilate the 352 apartments. Passive houses typically have heat recovery ventilation units — which use warm, outgoing stale air to pre-heat incoming fresh air — but installing a separate system in each dwelling here would have added $1.5m to the overall budget. Instead, the design team were able to procure two large customised units that sit near the top of the building, with ducting traveling from there to each dwelling.

Meanwhile, each apartment is heated and cooled by a low-energy ‘variable refrigerant flow’ heat pump — essentially an air conditioner that can also work in reverse and provide heating too. The building finished construction in June 2017, ahead of schedule and within budget. It has been passive house certified by the Wicklow-based Passive House Academy.

Project architects Blake Middleton and Deborah Moelis write: “For the entire team, this project has been a successful beta test to meet our moral imperative to minimise the carbon footprint of buildings. It’s our answer to the call for making big and meaningful change to combat global warming.”