Although preconceived notions about the existence of a passive house aesthetic still abound, trailblazing projects like the Ditchingham affordable housing scheme in Norfolk show that vernacular architecture & build methods can go hand-in-hand with passive performance.

This year, Hastoe and Parsons + Whittley followed up with another fourteen unit affordable passive house development in Ditchingham, Norfolk. Wimbish was a first-time adventure into passive house for both housing association and architects. Building on the experience gained here, the award-winning team set about shattering many of the preconceptions about passive house. Using traditional building materials and skills, they’ve delivered affordable housing in a conservation area surrounded by listed buildings.

“What we’re really about with passive house is this,” says architect Chris Parsons. “We try to take the concept and make it deliverable in the UK – make it buildable. We’re not at the forefront of developing the methodology. Our strength lies in taking that methodology and painting it onto the UK construction industry.”

As any designer, Parsons included, will tell you, one of the keys to making any passive house project work is to build passive principles into it right from the beginning. Despite this, the Ditchingham development wasn’t actually intended to be passive. Moreover, the fact that it was located in a conservation area, and adjoins listed buildings – a Tayler & Green development from the 1950s – meant that the design team faced a number of tricky obstacles before ever considering the low energy approach.

As it turned out however, the non-passive constraints actually ended up nudging the architects towards passive.  “We couldn’t do it as a long, straight terrace,” Parsons explains. “We didn’t have quite enough land. But that was fine because a curved terrace was a Tayler and Green idiom anyway. Then, in order to make sure that we didn’t destroy views of or from the listed properties, that meant that the terrace naturally ended up in one corner of the field with the front of the curve following the sun around. We all looked at it and went, ‘That’d be a great passive house scheme.’” 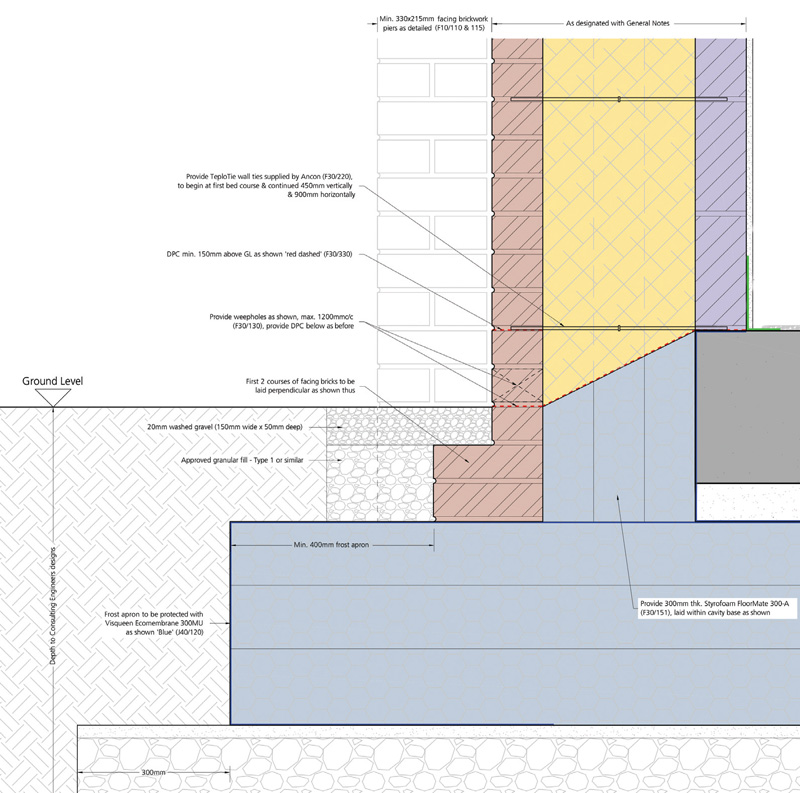 The cavity walls at Ditchingham are fully filled with 300mm of Isover Hi-Cav 32 Glass mineral wool, with 300mm of Styrofoam Floormate laid within the base of the cavity up to DPC level

Parsons pitched the idea to Hastoe, and fresh from the success of the Wimbish development, the housing association agreed to the amended plan.

In line with his aim of using traditional skills, Parsons chose to build the terrace – which is a naturally thermally efficient building form – using a cavity block wall. The 300mm cavity, used in conjunction with specially made wall ties and cavity closers, allows sufficient volume to take enough insulation to deliver a passive standard U-value. Continuing that traditional theme, airtightness is largely achieved using a standard wet plaster finish. 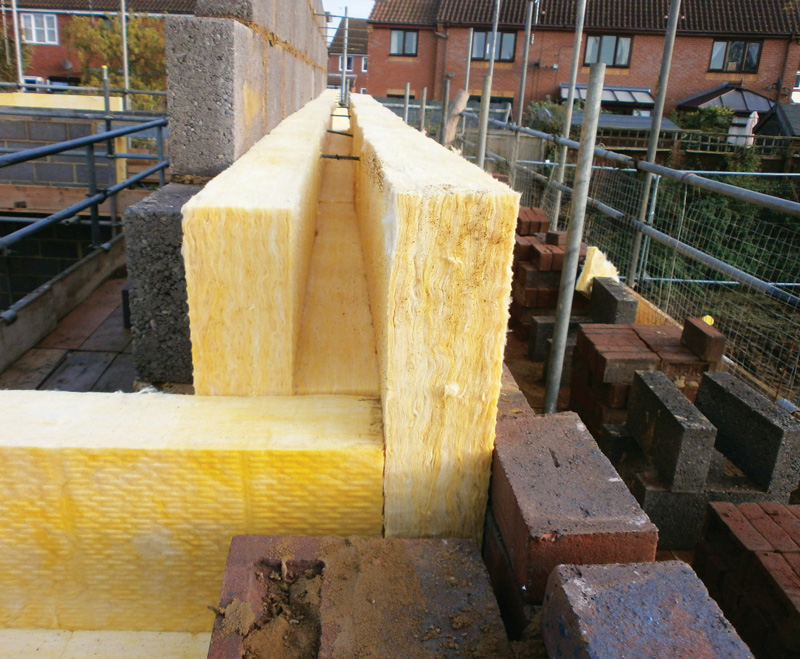 “I’ve always felt that if we’re going to get passive house more widely adopted, we need to demonstrate that you can deliver it in pretty much any idiom,” says Parsons. “It doesn’t have to look like some contemporary middle European thing. We  u also really need to deliver it largely using the skill base that’s already there. We have to up skill in terms of understanding about airtightness but we don’t really want to retrain for new techniques. I think it’s important to make it fit the industry rather than the other way round.”

The project itself progressed remarkably smoothly. Service consultant James Tickle of ECS Ltd says that the level of discussion and detail that preceded breaking ground meant that unforeseen issues just didn’t arise. He says: “Detail is taken to such a level that it leaves very little room for the guys onsite to potentially get things wrong, have to cut corners or do something that’s going to have a negative impact.” Both Parsons and Tickle emphasise how important it is to have the services consultant present from the very beginning. “You need to have him sitting next to you when you do the pencil sketch,” says Parsons. 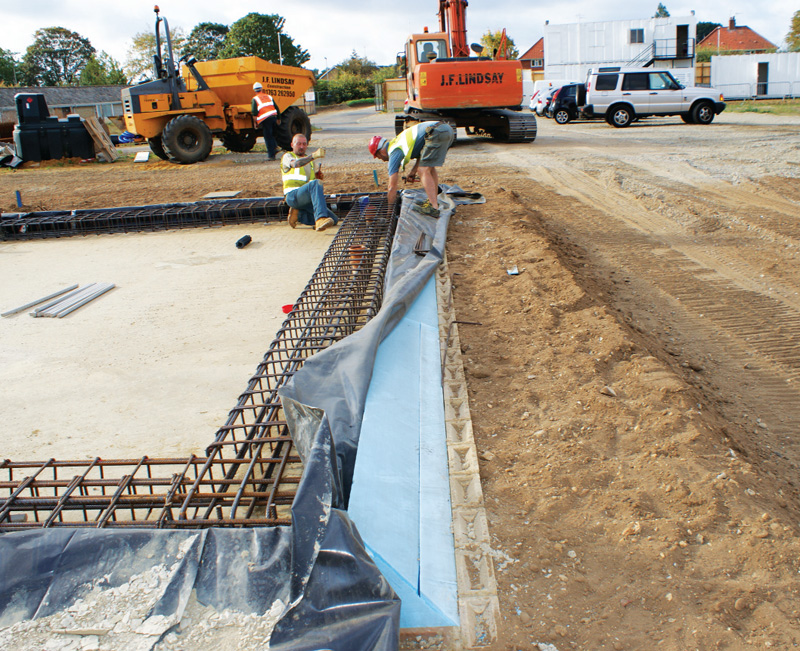 One issue that doesn’t arise with early adopters and self-builders is actual engagement with the passive environment. But when your occupants are completely unfamiliar with the standard, teething issues are unavoidable. “It was a lesson we learned very early on in Wimbish and we tried to carry it through to Ditchingham,” says Parsons. “We are providing passive houses to people who don’t want a passive house – they want a house.”

In order to make the transition as smooth as possible, Hastoe sought early nominations from the local authority so that the project team could engage with the occupants from a very early stage. Information evenings were held where tenants could come and learn what passive house was and how it worked. 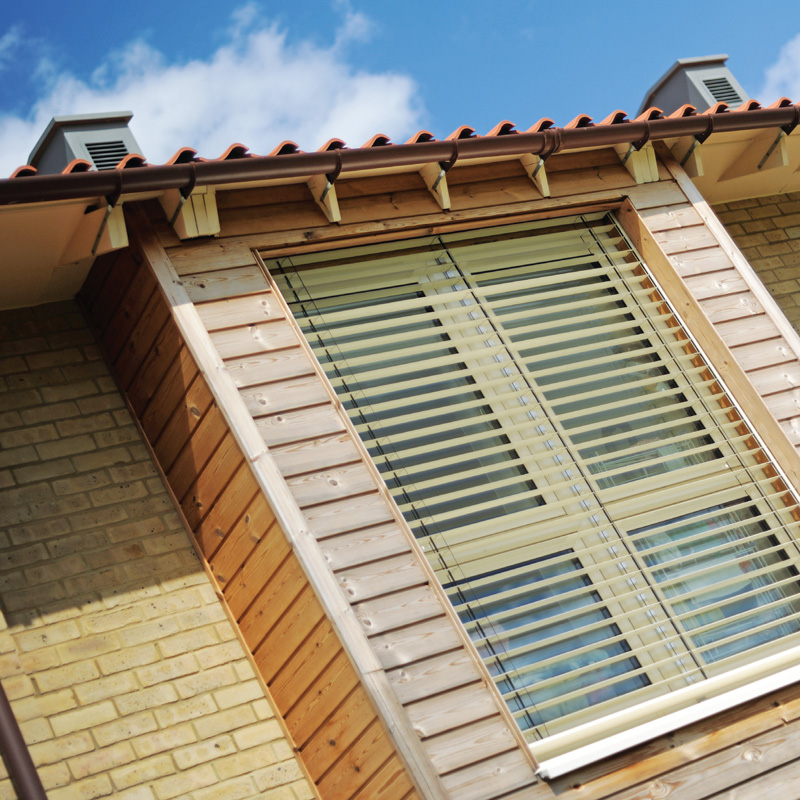 “It was quite interesting because the response was ‘Oh great we’re really looking forward to having comfortable houses with really low energy bills…’” says Parsons. “But we also had a PhD student working with the occupants behind the scenes. He discovered that they were also quite scared because they knew they were getting something that wasn’t normal and they were worried that they wouldn’t be able to manage or control it.”

The design team retained contact with the Wimbish occupants as they settled in, and found that once installed, most householder fears evaporate. “They relax very quickly and very easily because if you design a passive house properly, the passive is the important bit; in other words it should do the job without them having to even understand it.”

Particular issues did arise in relation to the mechanical heat recovery ventilation (MVHR) system. Some tenants were turning off their fans at night. Others were adjusting the controls more than they really needed to. 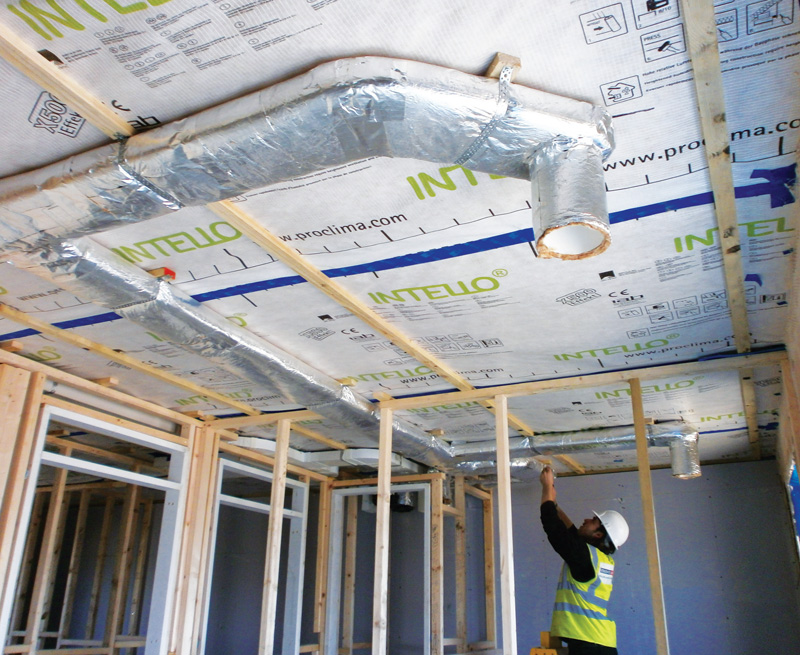 Parsons accepts that introducing people to the whole concept of airtightness often causes confusion. “We’ve tried to use the term low air leakage,” says Parsons. “It’s less scary.” It’s also worth noting that MVHR maintenance and filter management has been retained by the housing association.

“I notice when I do talk to people about passive house, when I introduce the idea of airtightness or talk about low air leakage, I always very quickly move on to talk about the importance of ventilation. I always try to link the two so that they understand that they’re still getting fresh air 24/7.”

At Wimbish, occupants have actually become competitive with each other about how low their energy bills are. Only six months into occupation in the Ditchingham project, it remains to be seen if a similar virtuous cycle will emerge here.

Brian Carroll of Hastoe Housing Association says that the central motivation for going passive is the reduction of fuel poverty. With two passive projects finished, four more are in train and another five are expected to be launched later this year.

“At the moment, the costs of doing passive house are probably about 12% more than normal build costs.” he says, adding that rolling out further passive developments will depend on reducing that premium.  He draws attention to the central dilemma of building passive as a housing association. You pay the premium, but the occupants get the benefits.

“We believe that there are health benefits from passive house. The other thing which may happen is that if people have very low fuel bills, they are less likely to get into financial difficulties  u and rent arrears won’t arise, but it’s too early days to know how that will play out.”

Measured energy consumption: not yet available

Thermal bridging: Due to the passive house design philosophy to achieve a thermal bridge free construction, all thermal bridges were designed out where possible and any known thermal bridges were included in the PHPP calculations with a worst case Y-value of 0.1 W/mK. Window supplier Sidey Ltd undertook all of the thermal modelling to determine all of the Y-values in relation to window & door installation. TeploTie low thermal conductivity cavity wall tie & BigBlok super-insulated cavity closers

Green materials: All concrete and aggregate fill from recycled materials, all timber from PEFC certified sources.