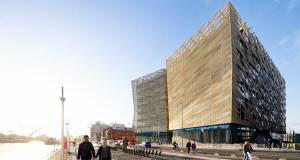 Rising from the shell of the stalled riverside headquarters of Anglo Irish Bank, Ireland’s financial regulator could be accused of insensitivity for choosing as its new home a site that became a toxic symbol of the banking crisis, but the building is not without virtue: it comfortably surpasses the proposed nearly zero energy building standard while achieving the onerous Breeam ‘Outstanding’ rating for sustainability. 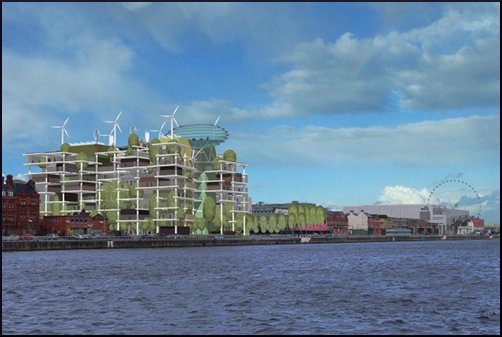 The Central Bank's reported 8m bid for the site on which the defunct Anglo Irish Bank's ghost HQ sits may be double the market value, it has been claimed.

Architect Paschal Mahoney  who is heading up the innovative Trees on the Quays proposal to create a landmark vertical park from the iconic concrete shell for the Anglo HQ  had an independent valuation of the site done as part of a proposal to turn the defunct structure into a symbol and catalyst of Ireland's regeneration.

"I've heard from several sources that people have valued it and the price the Central Bank are offering may be about twice the actual value," Mahoney told Construct Ireland. "We've had it independently valued too. The price being offered is almost twice what the valuers have told us its worth. The taxpayer would be paying 8m for something we already own."