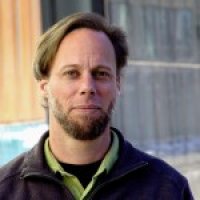 Passive house taking off in the South Pacific, conference hears

Passive house indeed works everywhere was the core message at the second annual South Pacific Passive House Conference, writes Andrew Michler. The conference was held in Melbourne on 12-13 February. While just a handful of passive houses have been completed in Australia so far, a sizable contingent from New Zealand came to the conference armed with multiple examples of how even warm climate buildings benefit from the energy savings, comfort and critically the health of a passive house. With a major spike in asthma from damp and mouldy homes, the principles such as airtightness, controlled air exchange, and thermal bridge free design are finally being accepted as the best solution in this part of the world.

Melbourne is in fact a heating climate, and when I was there the summer days were cooler than winter in Los Angeles. North American Passive House Network copresident Bronwyn Barry’s keynote featured a close look at half a dozen homes built to the passive house standard in Palo Alto, just south of San Francisco. And just like the famously chilly city by the bay, Melbourne suffers from a building stock plagued by uncontrolled ‘natural ventilation’, poor windows and low insulation levels — all which means uncomfortable and energy intensive buildings.

This was not news to the 150 participants who packed the workshops, lecture hall, and swarmed the exhibitors. So while the concepts of deep building science were new to many, the level of interest and quick uptake on the core principles rivalled similar events I participated in in much colder regions, although probably the most frequent question was: “can I still open my window?” Elrond Burrell, a New Zealander currently based in England and a prominent passive house blogger, walked the audience through the many beautiful passive house school projects by his firm Architype and showed some of the secrets to their success, such as simplified shapes and creative ventilation strategies. Raphael Vibert of Herz-Lang GmbH came armed with dozens of projects from all over the world, and with his vibrant presentation style demonstrated how passive house works at large scales. Meanwhile, I took the opportunity to show how passive house has come out of the box and become a contributor to global contemporary architecture from the humble beginnings of a central European vernacular.

Melbourne is personally my favourite city for developing extraordinary, environmentally challenging buildings, and with the great local talent and energy there we may soon see some of the most intriguing passive houses in the world come from down under.

Andrew Michler, CPHC, designed and built the first internationally certified passive house in Colorado and recently released the book ‘[ours] Hyperlocalization of Architecture’’. It includes the chapter ‘Germany Maintains on Passive House’, which is free to download at www.hyperlocalarch.com.