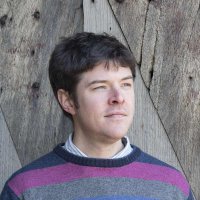 How do breather membranes work?

How do underlays manage to let water vapour through while keeping the rain out? Toby Cambray delves into the physics…

A while back someone asked me how breather membranes work, and I admit to being initially stumped. I’m writing this in the hope that I’m not the only one to whom the answer is not immediately obvious.

To be clear, we’re talking about the sort of materials that are used as underlay in roofing, or on the outside of timber frames; they let vapour out so as to avoid moisture accumulation (or, if you insist, interstitial condensation) but by some witchcraft, they also keep the rain out. The H2O molecules are the same, so what gives?

If you wanted to make a breather membrane, there are two possible approaches.

Firstly, we could make some sort of plastic sheet that’s thin enough to allow vapour to diffuse through fast enough. The drawback is that with typical materials, it would have to be really very thin – for example, common or garden 500-gauge polythene (that’s about an eighth of a mm) has an Sd value of around 50 metres – about right for a vapour barrier (though plain polythene isn’t really robust enough). But a “low resistance underlay” is, according to BS 5250, anything with a vapour resistance less than 0.05 m, so we’d need our breather membrane to be 1,000 times thinner. The cling film in your kitchen cupboard is roughly a tenth the thickness of 500-gauge, and 100 times thinner than that is really quite thin, with the obvious difficulties that brings (making it, and protecting it). Of course, if you can make a polymer that’s much more vapour open, you could produce it in more practical thicknesses.

The answer comes down to an important property of water we call surface tension.

The second approach is how most practical breather membranes work. If you’ve ever taken a moment to peel a bit apart, you’ll find they are fluffy, and fray at a torn edge, with no hint of a continuous membrane. They are made by spinning plastic into fine fibres and squashing them together while hot to make a sheet. This effectively creates a sheet with lots of small holes. This means water vapour can pass through much more easily and we don’t have to manufacture insanely thin layers of plastic. But why doesn’t the liquid water come through? They are not working by osmosis, or behaving like some sort of molecular sieve.

The answer comes down to an important property of water we call surface tension. Surface tension is caused by the fact that molecules in water ‘prefer’ to be below the surface than on it. This manifests itself in several ways; for example, in the absence of other forces, a drop will form itself into a sphere. Although it is harder to see (apart from in special cases like the Prince Rupert’s drop – google this and thank me later), solids have surface tension too.

When a liquid interacts with a solid, the relationship between the surface tensions plus that of air, sets up a contact angle, which we can observe in the shape of the droplets. If they are relatively flat, the contact angle is high, and the material is said to by hydrophilic; if it is low, the water ‘beads up’ and the surface is said to be hydrophobic. As long as the contact angle is lower than 90 degrees, the water won’t be absorbed into the material, because the surface tension acts like a balloon, stopping the liquid ‘dropping into the gaps’. Incidentally, when you put a fresh coat of Nikwax on your breathable jacket, you’re doing the same thing. And so, if the surface of our breather membrane is hydrophobic, it can have some gaps to let vapour through easily, but also prevent liquid water penetrating.

I wanted to focus on the physics of these materials in this column, but I should also mention another disadvantage of most breather membranes: they aren’t good for bats. Essentially, bats crawling up the membrane tend to pull those fibres out and can get tangled up and die. There’s an excellent AECB webinar on the subject – do have a listen if you haven’t already. Details that avoid fibrous breather membranes are possible, and indeed bat-friendly membranes are available. Presumably these don’t rely on spun plastic fibres. I wonder how they work…