The inaugural nZEBRA conference was held in Enniscorthy, Co Wexford on 2 March, and aimed to draw attention among policy makers, building designers and construction professionals to the rapidly approaching introduction of nearly zero energy building (nZEB) standards in Ireland.

The conference was organised by nZEBRA, a recently established consulting and education firm specialising in nZEBs and servicing the Irish, UK and US markets, spearheaded by Passive House Academy founders Tomás O’Leary and Art McCormack, along with thermal bridging expert Andy Lundberg of Passivate. The conference included presentations on nZEB policy, case studies, costings, performance monitoring and real-life experiences of nZEB dwellers.

Speaking at the conference, Minister Coveney said that the “benefits associated with nearly zero energy homes such as improved levels of comfort, drier less damp indoor air quality and reduced energy and heating bills have a very positive effect on health and wellbeing of our citizens.”

He spoke about the housing crisis, and said that “while it is important we deliver housing in a short timeframe it is equally important that we deliver quality, durable and energy efficient housing”.

Coveney said the government would soon draft a bill to put Ireland’s construction industry register on a statutory footing, providing legislation for the registration of builders, contractors and specialist subcontractors. An even larger nZEBRA conference is now being planned for later in 2017, Tomás O’Leary told Passive House Plus, which will examine how nZEB policy applies to larger buildings, and will aim to draw international attendees. 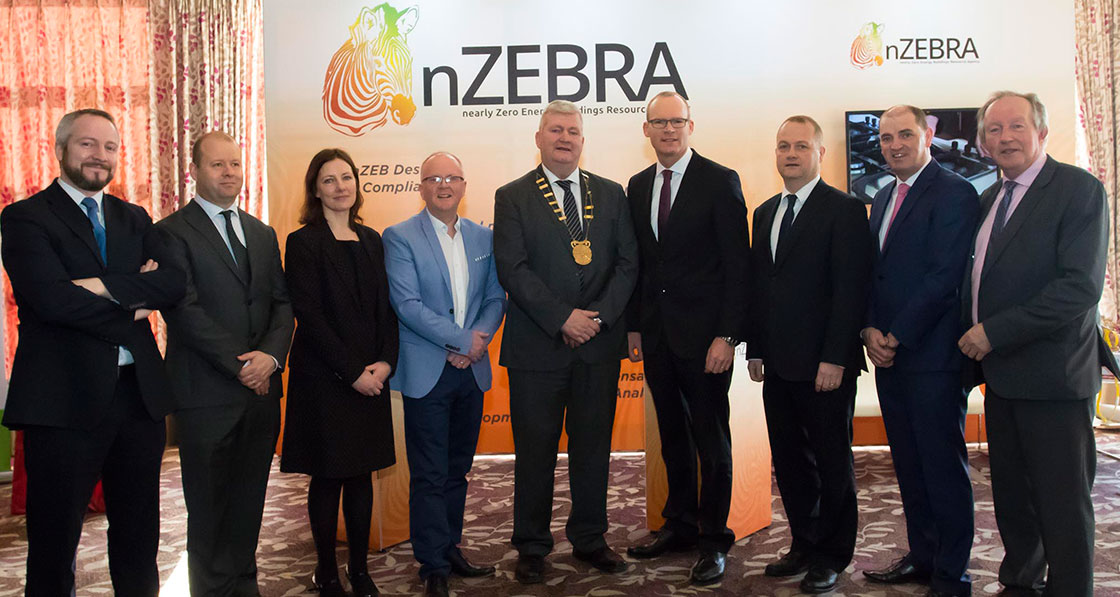